Fundraising to create a plugin for iOS and Android with Jasonelle

Hello! Just sent the first update with a letter to the founding contributors (:

Also this update is available for newcomers in the “Changelog summary” inside my app and when I publish another update, it’ll be available in the “See history” button in the plugin’s cell.

I think I address pretty much everything addressable at this moment.

Yep, we’re still raising (:
Still not enough, currently we only got enough for an alpha.

@JohnMark Hi, John, I am new to Jasonette and still trying to create my first app. I downloaded the executible files for Android but can’t seem to file the ‘Setup’ icon according to the attached image. Where could it be possibly? Thank you very much! 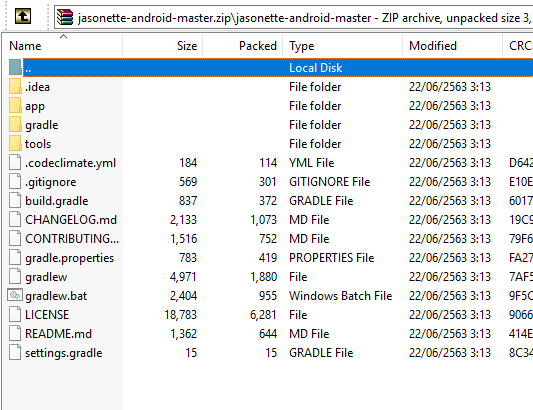 nly got enough for an alpha.

What’s the goal and where are you guys at?

Can you repost the solution here? the Slack Channel does not seem to be active

Any idea why it’s showing No Device when I have created an Android Virtual Device? 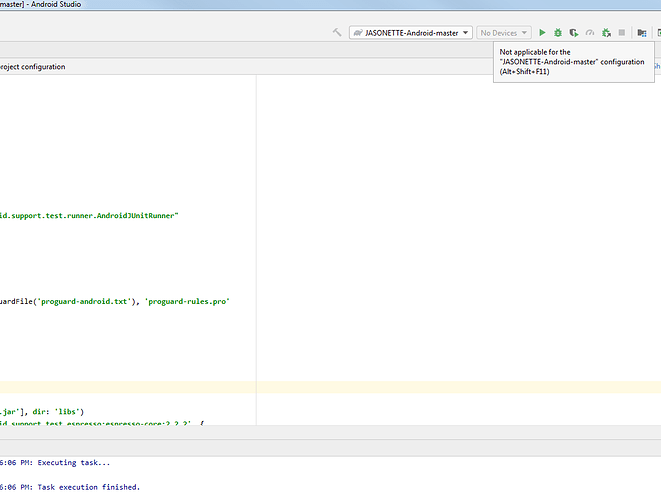 What I know is if you using a real phone, it works. You can ask your question on the new jasonelle channel https://web.telegram.org/#/[email protected]
or on Android forum or Android Central

Hey guys, did you make a donation as promised to help for the plugin?

So I’ve been playing around with this over the past couple weeks, and I can say that it’s more of a pain that their site makes it out to be, so having a plugin to do it automatically would be very nice.

For those of you stuck on various things, I’ll do my best to provide some insights:

The android version doesn’t have a setup script, but that’s ok. You can just import the project using android studio, and change a couple variables (the name, urls, and package name) and you’re pretty much good to go.

The setup script on the iOS versions is under the legacy folder, as someone pointed out above. In my experience, the script is broken. Taking a look through it, I think it might have something to do with the fact that the directory structure of the project has changed from when it was first written (at least in version 2.0). In order to get it to work, I followed the instructions for manual setup here:
https://jasonelle.com/jasonette-old-docs/ios/#manual-setup

IMPORTANT: Open the Jasonette.xcworkspace file, NOT the Jasonette.xcodeproj file. The iOS project is setup using cocoapods, and if you open the xcodeproj file directly it will fail to build. Once you’re all set up, you can change the name and url in the settings.plist and info.plist files in Xcode, detailed in the link above.

How do I completely rename an Xcode project (i.e. inclusive of folders)?

Although it is a cocoapods project, I ended up not having to clear and reinstall pods to get it to change. I also didn’t change the name of the “Jasonette” subfolder (the one with Actions, Components, Core, Services, Tests, Views, and Info.plist).

ONE MORE THING: If, like me, your xcode simulator wouldn’t launch the app after pressing play, go into your schema editing and under run -> Build Configuration: Debug, select the .app executable. Then save the schema and choose an iphone variant for your simulator.

I have found using Jasonelle for android v 2.1 (also seems to be an issue in v2.0) that the preload.json file which is supposed to show a screen while the app is loading doesn’t seem to ever be displayed. I let them know about this in their telegram channel and they are yet to look into it thoroughly, so we might just have to accept not being able to have a loading screen for now. I haven’t tried any of this on the iOS version, I wouldn’t even know how.

Has anyone here managed to get google OAUTH authentication working with bubble + Jasonelle? I am using the Google sign-in plugin, but it seems that Google disallows oauth from within webviews and other embedded browsers. Short of spoofing the user agent, I don’t know how I’d go about addressing this.

EDIT: Removed unnecessary quote of myself

Excellent update. Have you asked if it was possible to do Google OAUTH inside Jasonelle? I hope you will find a solution and share it. If you are interested in the new Jasonelle plugin, it will be able to correct your need.

Hello @JohnMark and everyone else

I know we are waiting for the plug-in, but as that may still take a while I am struggeling to get this to work for Android. I have the most recent Andoid studio, I have v2.0 of Jasonette-Android-Master and the demo runs nicely.

Yet, when I replace the file name and set-up the jasonelle Return data from API workflow I keep getting an “offline” on the android virtual device.

Here is the code in the jasonelle API 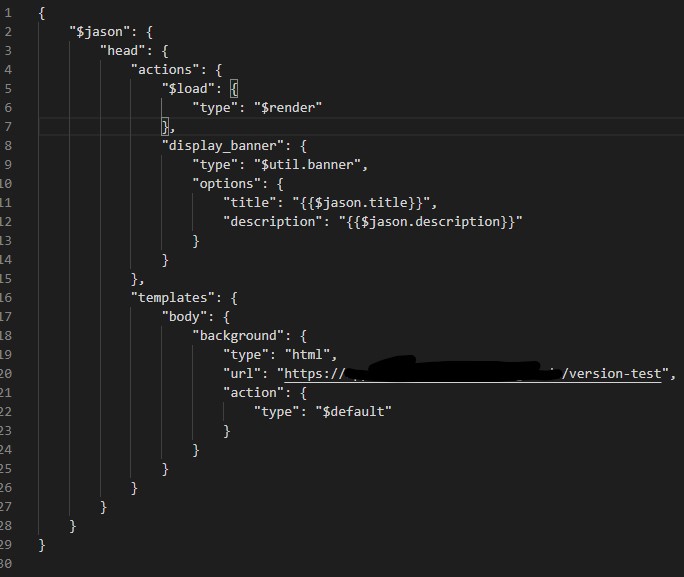 And this is a screenshot from the android studio

Any suggestion what needs to be tweaked? I am a bit lost.

Bubble doesn’t support the GET command. You must convert it to a POST. I used Integromat to convert as explained above in this forum. Welcome to Bubble

Hi everyone. We still need your support

for the NEW pluging. We need you. And thanks for the actual donors (and some multi donors).

Jasonelle wasn’t compatible with Bubble’s API endpoint, there’s this new version of Jasonelle that our plugin efforts could create that is compatible with the endpoint but it hasn’t been released in the main version yet, I’m using it to develop the plugin.

Later we won’t need to involve third party tools, so there’s a good future ahead (:

Really appreciate your help, especially since questions tend to repeat … thread is pretty long, sorry. I got the Integromat going (as described) and at least the virtual device is not showing “offline” anymore, but now am getting a white screen …

Any final thoughts? (except that I will check the donation page)

Brainless Step-by-Step to build and run on Android

Hoping that this summary is helpful for you.

@JohnMark, Does Jasonelle allows the use of GPS live tracking on the background for Android and IOS?