Hey Bubbelers,
I have a quick question.
I’m trying to make an API call, but bubble thinks that the number 15 is a string, so my call doesn’t work.
Does anyone know how I can enter the number 15? 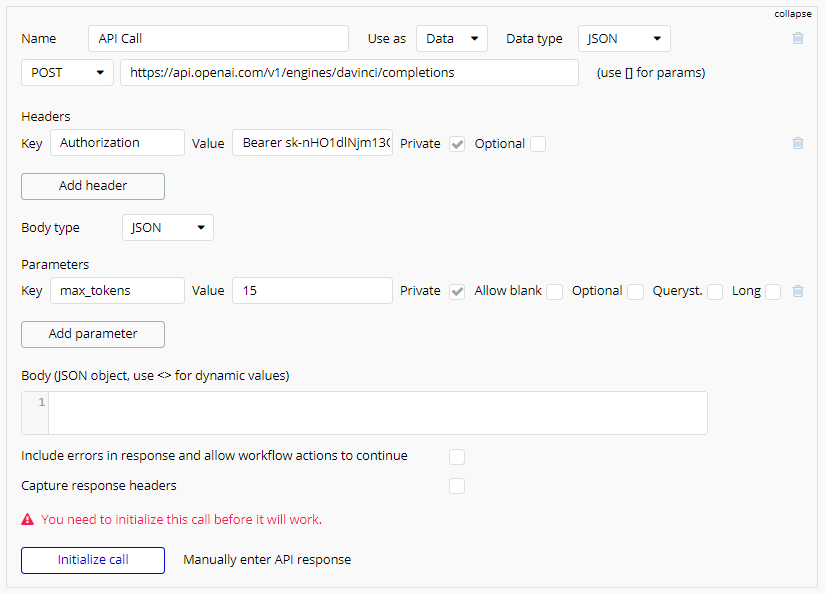 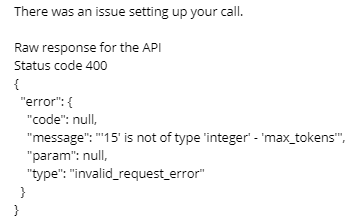 I just completed my OpenAI api integration. I used the body to send all my parameters. Try sending the the token, temperate, penalty all via the body in Json format

Everything goes in the body 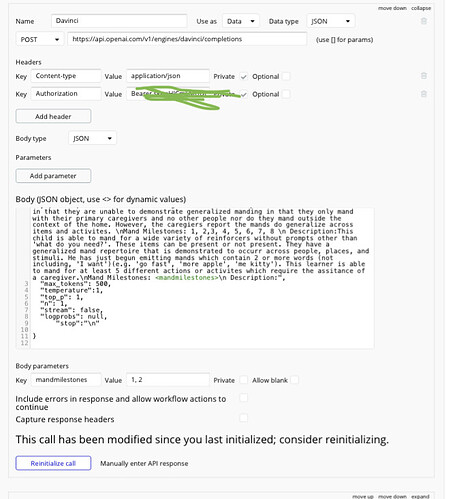