Trying to restrict Google API to only be accessed from Bubble app. 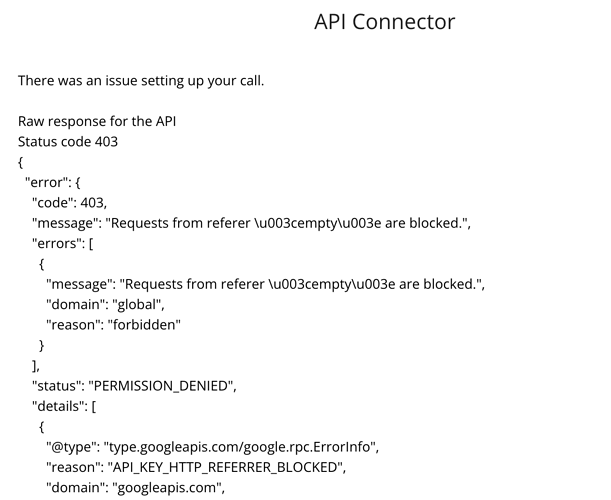 Based on the error message returned by the Google API, that’s clearly an issue with the referer passed by Bubble not being allowed in your API settings.

So I just checked what a request from the Bubble API Connector looks like on the receiving end. Looks like they don’t specify a referer at all, hence the response you get there (Requests from referer empty are blocked).

It’s an easy problem to fix though. You can specify your own referer in the headers of the call, as follows. Set the value to whatever you’ve whitelisted in your Google API settings.

wow it works, thank you so much!!