Changes to our free plan

To clarify, this isn’t Bubble’s fault, builders are the ones that decide whether to share their Bubble-built applications publicly on the forum or not. Most don’t and I have my own reasons to understand why.

Oh yes, for sure, that was not meant as a fault of Bubble. As I’ve touched on in many different threads on the topic, there a plenty of reasons that Bubblers do not want to showcase their apps on Bubble, and there are many reasons that some would want to.

For me personally, I don’t showcase my apps on here for various reasons. And I fully respect that others don’t as well.

Which brings up another train of thought, should Bubble be concerned by users (such as myself) who do not wish to showcase their apps as Bubble apps? I might be too small of a fish in the sea for Bubble to reach out to me specifically to inquire what my reasons are. But, We, who say that “yes, those pages usually are being held up. But surely there are a plethora of extremely successful, large scale SaaS applications built on Bubble’s framework” what are we basing that on? I certainly hope that it is so, but I’m also aware I’m making a pretty big assumption. If my goal was to become a web standard, I would be concerned by it (I think). Of course, here again, I don’t have all of the facts, and Bubble probably have all this worked out, but I find it an interesting thought experiment.

Edit: I think this is a horse that can be kept running for as long as people like to engage and discuss a topic that has a huge impact on people’s Bubble businesses, don’t you think? There’s always the option to not click on the thread if you don’t wish to be bothered

I have always felt that a 10$ plan would make a lot of sense for what you get on the hobby plan.

That’s an interesting take on white labelling. I’m guessing that means you don’t have the “made on bubble” banner, but you must use a bubble url. E.g. myapp.bubbleapps.io?

Yes, that’s my understanding of it. And you’ll have access to the SEO/Metatags menu.

BBB → Byebyebubble.IO Congratulations!
It was already a few time that I thought of abandoning Buble.

Having said that I underline that even the scarcity of documentation in general undeniably involves the need to develop and test the apps in Debug Mode with ever-increasing effort before going into production.

I give an example for everyone: Stripe integration

And so what you do with Bubble. If you don’t even have any access to the logs?!
Pay a Personal Plan from $ 29 / month to add costs to your development time that will increase exponentially if you can’t do a decent debug or take the opportunity to migrate all about another platform?

Well! I admitted that someone agrees to develop with paid logs, dear genius Founder of Bubble.IO that you have introduced this ignoble news I believe that in the benchmarks of the No-code platforms the ranking of Bubble.IO will suffer pandemic effects.

Or if wappler perhaps got their BaaS together and dropped the ridiculous 7-day trail period, which makes it impossible to learn the platform before buying into it

7 days is more than enough when you are getting something in return → The source code.

In 7 days you can get a good look at what Wappler is capable of.

If you want to learn it you can always pay a monthly subscription.

Take into account Wappler is not cloud based. It produces source code that you will own forever.

What do you own after free trials of cloud software expire?

@emmanuel one of my templates below is using a lot of functionality related to scheduling back-end workflows. What I noticed is that scheduling doesn’t work anymore and I also can’t use the Log to find possibles issues in the code.

The app itself is set to be a Template and isn’t on the free or hobby plan. My direct question to you is how we (as template sellers) can provide support or contribute these kind of complex applications with these limitations? 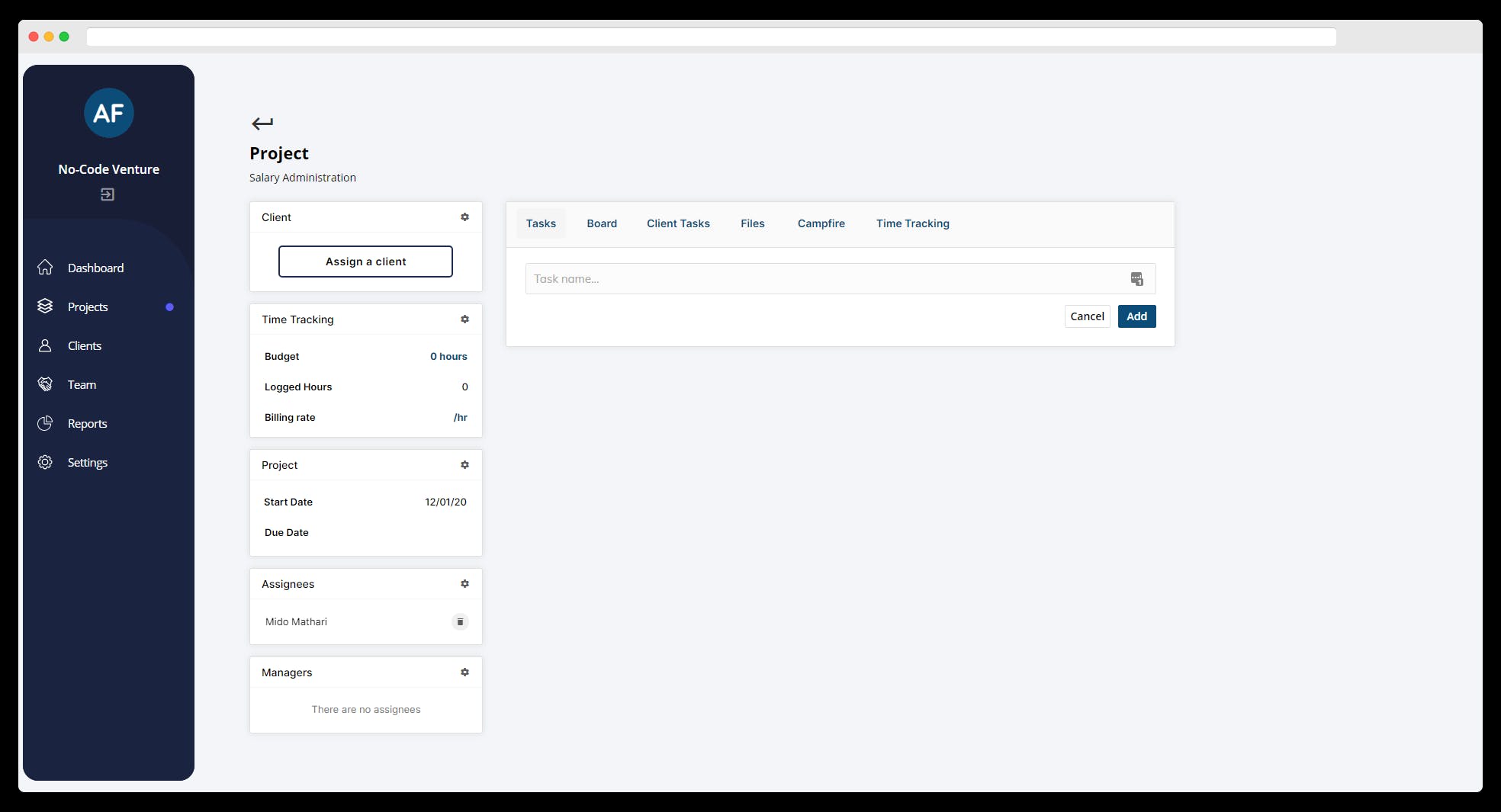 Accounting CRM Template page on Bubble. Use this template to speed up your app development. Bubble lets you build web apps without any code.

Hi, I just started building and, unless I can find a CTO, I intend to pay for the app. However, I want to know what I’m doing a bit before I start paying for the service monthly as my app is pretty complex.

I was wondering if these changes affect my being able to see signed up users on my Data tab. So far I cannot see myself registered as I should be able to after just finishing a tutorial on YouTube.

Up to 500 entries in your dB with all functionality other than backend flows. User authentication (logins logouts) is included.

I’m with you man, owning the code is the main reason I was looking at wappler. I did set it all up at one point, got slammed at work and the 7 days passed with me having had time to spend 4h on learning. So for now… it’s a no go for me.

And I can’t justify paying for bubble + monthly costs for learning wappler that could stretch into months with my random schedule.

Insane value at $30. The experienced developers in here know how much you save with Bubble. If you are truly upset with $30, you have not seen what all this would cost you in off the shelf costs.

In agreement with you here - Our software devs make on average $50k+ USD per year, equating to $24/hour USD… 1 hour of my developers time is almost the cost of a Personal plan on Bubble… Our average hosting cost per client with around 50 users/month is about $20 - $40/month. That’s before I factor in our daily backups (which Bubble does for us).

Of course the rich man getting all the $$$ from this wants to get greedy. Like why have a free plan if you cant do anything?

Lol… you can do stuff. You can do things to demo the product before your make a purchase. Let me refer back to my thread above: Changes to our free plan - #157 by johnny

Bills need to be paid, if you pay $29/mo that doesn’t mean that all $29 goes directly to one individual. That $29 is split between paying the bills including all the different tech that’s used within Bubble, then the paid employees.

Building a company that does what Bubble does isn’t easy… so sorry that you don’t get free stuff? not