Hi, I’m creating my own system for creating sports tournaments and a very basic calendar but I’m stuck on one thing that is probably very simple but I haven’t managed to solve.

I have created a database where I store the following things:

And in the last thing I just mentioned (divisions) is where my problem comes because in a single tournament several divisions are played on the same day so the amount of divisions I create are stored in a single cell of the database.

Now what I want is that a person can register in one or several divisions of the same tournament but when making the registration form for the tournament, I want that in a dropdown the divisions are saved one by one and not all at the same time in a single selection.

I leave some example images and I hope you can understand me. 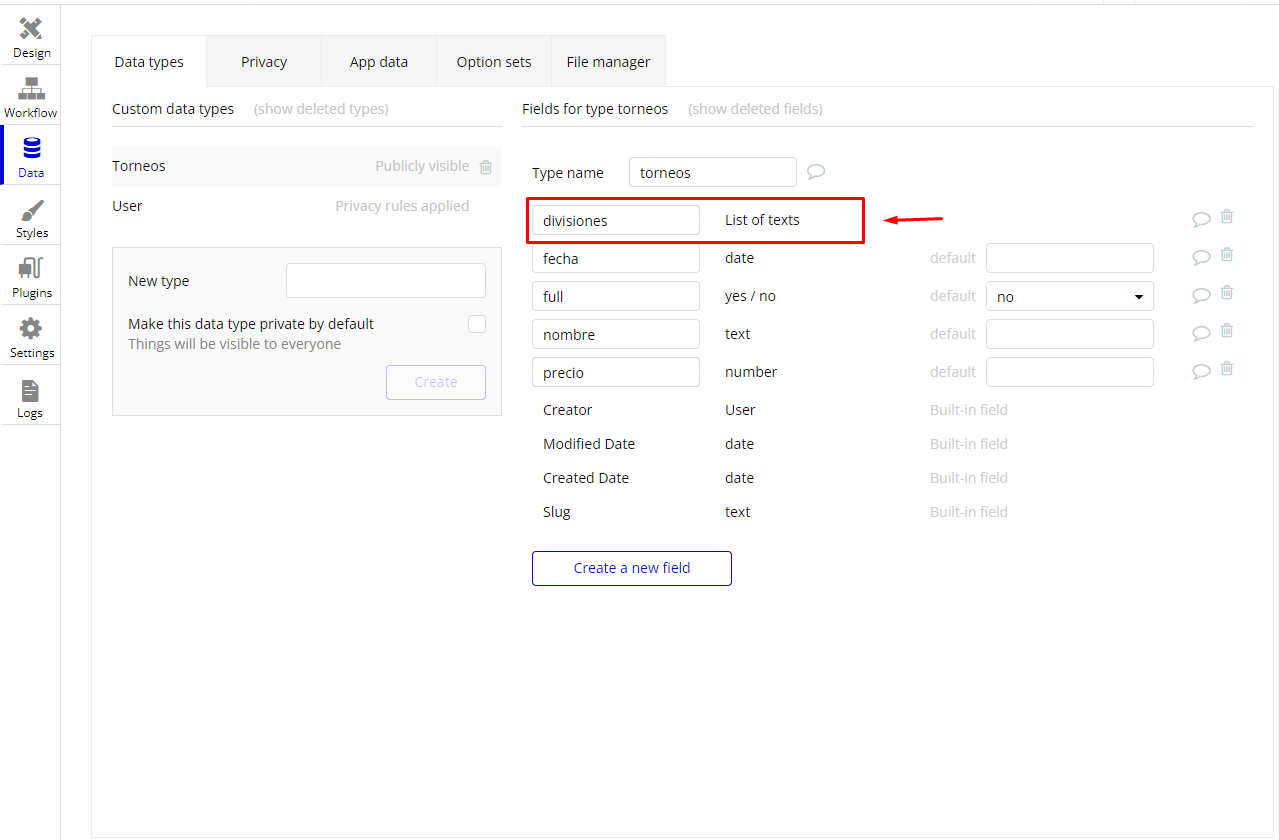 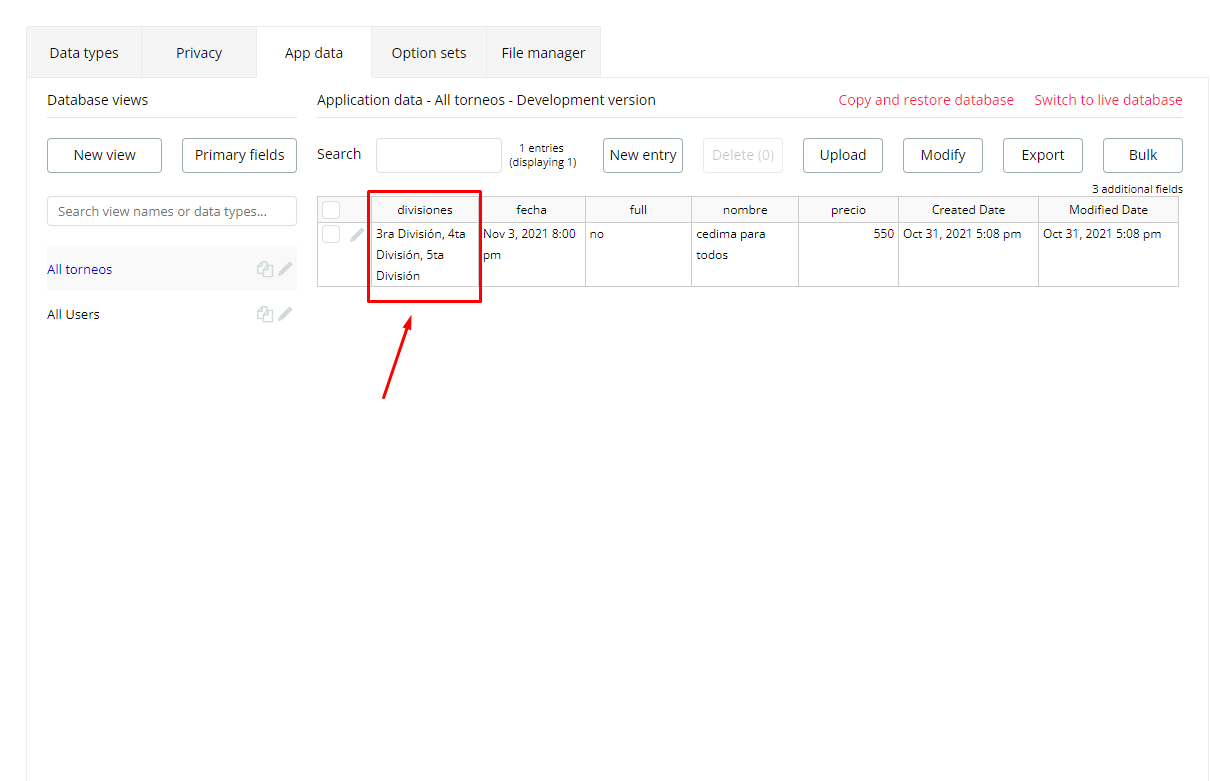 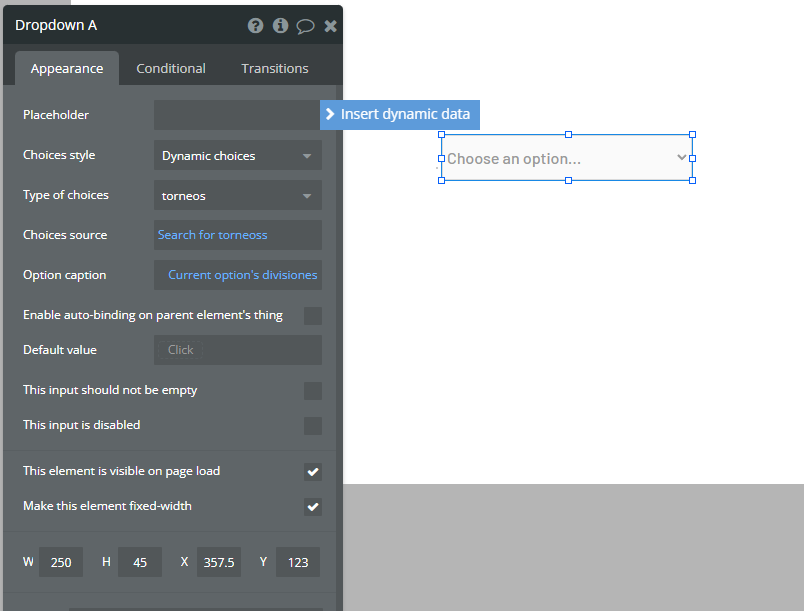 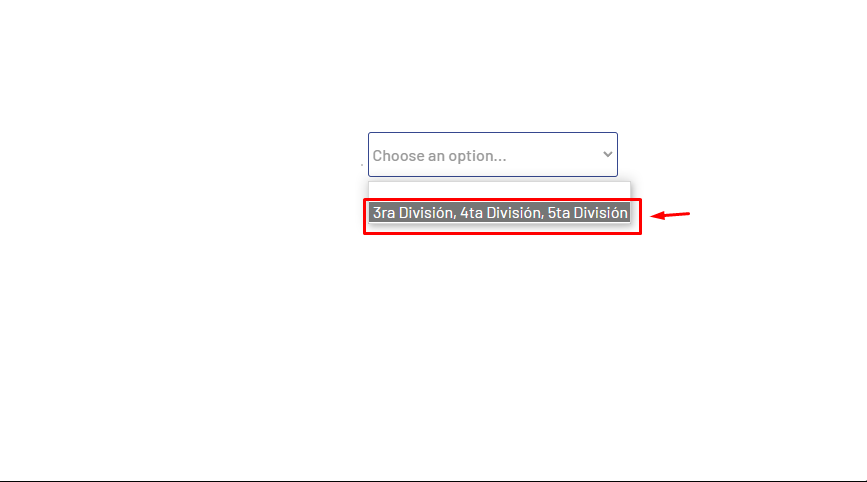