I’m exploring bubble as a beginer and I have a question related to Dropdown menus.

I created Menu1 Data type and Menu2 Data type and created a field for opposite in both Type. Specifying which Opposite correspond to which Value.

In this example, in Drop down 1:
If user chose “Sagesse”, I don’t want it to see “Arrogance” in Dropdown 2

I managed to do something but it doesnt do exactly that. And it work only one way. 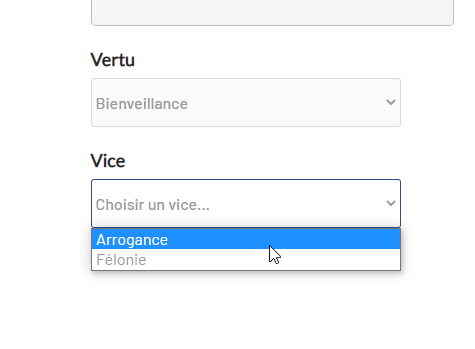 As you can see, “Bienveillance” is selected and “Égoïsme” isn’t visible in Dropdown 2. I want something like that but working both ways. Depending on which Dropdown the user use first.

This is how I did it: 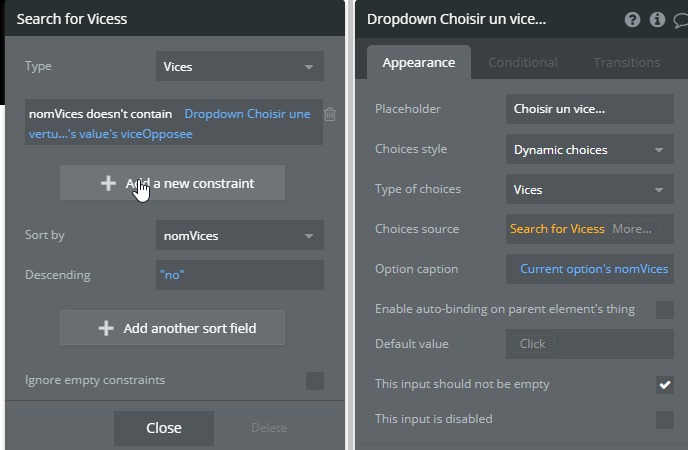 I hope I was understadable in my question !
Thank you !

I think you can use dynamic value for your two dropdowns. 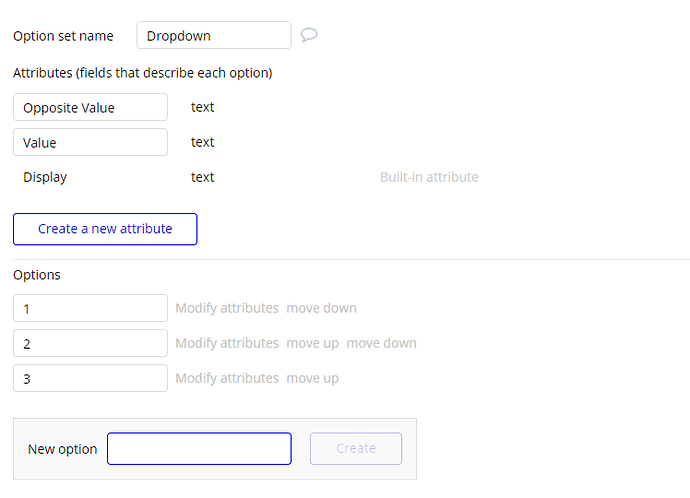 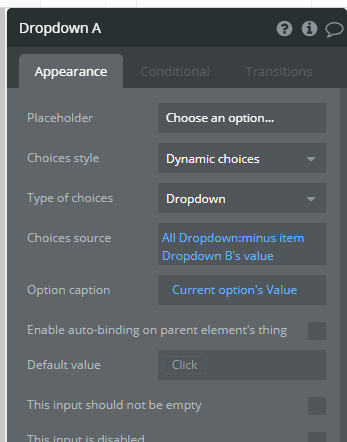 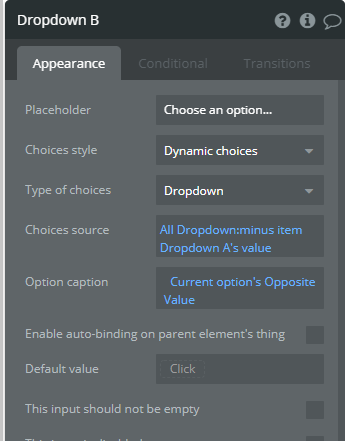 Then it will work

Thank you for letting me know of the Options !