How would I structure this data type?

What I want to do:
I want to create a thing that saves in each of its fields the text in a row of repeating group 1 along with its corresponding text from the same row number but in repeating group 2. So for example one of the fields may look like this: RG1 row 3 text + RG2 row 3 text.

Once the thing containing this field is created, I need these two rows to remain separate but in a relationship so that when I search for the one, the other is retrievable as well.

If knowing the use case will shed light on the conundrum let me know and I can share.

To further clarify what I want to be able to achieve:

So, I could easily be way off here, but working from the example I had created for your other thread, I believe I have something working that does what you have described in this post.

I created a new data type called Corresponding Text that has fields called row number, rg1 text, and rg2 text. I have a button in each row of the first repeating group, and when the button is clicked, a new thing is created in the Corresponding Text data type using this workflow… 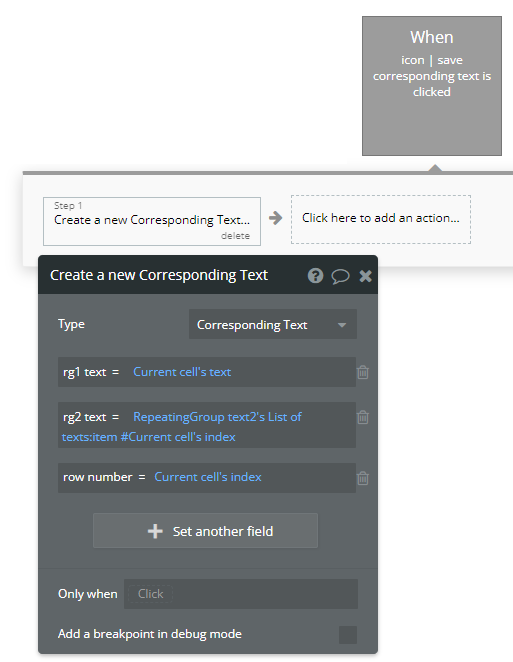 Anyway, like I said, I could easily be missing the mark here because I don’t understand how you are doing all of this stuff in your app, but I didn’t think it could hurt to throw this example out there.

You make it seem so easy man. Thanks a million this works!

The only change I made was I put the save button in the second RG as it serves my use case better. I will tinker on the relationship tomorrow and retrieval of sentences but this is a big obstacle out of my way. The use case is something similar to a glossary just in case you were wondering.

As I mentioned in my last thread, I am up to complicated (for me) shenanigans with this app I am building so more bounties will more likely than not be on their way.

You are a life saver, thanks bro 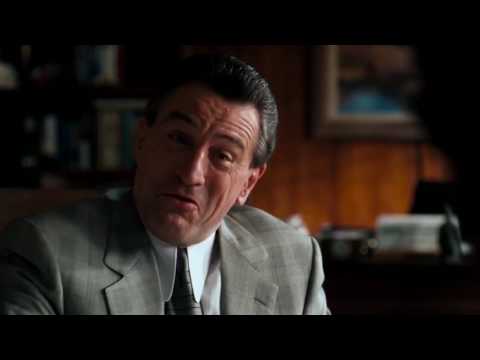 Now that was funny… thanks for the laugh, man.

While we’re on the subject of two repeating groups side by side, let me try my luck.

Is there a way to make it that when you scroll down the rows of either one of the RGs that the other RG scrolls down to the same point simultaneously?

There is probably a way (even if it involves custom code), but I sure as heck don’t know what it is.

Hmm Ext. vertical scrolling is actually close to what I was picturing thanks.

But after comparing it to Vertical I think I will just stick to vertical because in the case that the amount of text in one of the RG segments is longer than its equivalent in the other RG, they lose their alignment, but in Vertical scrolling the user can manually scroll them to line up beside each other, whereas Ext. vertical scrolling doesn’t allow for that.

And I don’t think it too important a function for now to invest time into custom code.