Wouah ! The explanation is so clear
Thank you so much

Hey @rob6, see my responses in this thread, with links to examples of doing this type of counting and sorting. The not possible sort repeating group by

Hello everyone,
I’m using ListShifter to iterate a list of things returned by a plugin, and add them 1 by 1 to the database. Technically, it works, but it only returns the 2 first elements of the list, even though there’s 20 items in it… Here’s my setup, any ideas of what I’m doing wrong ? Thanks in advance for your help ! 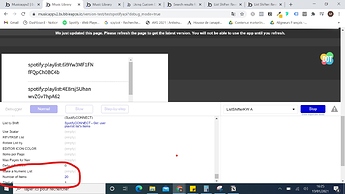 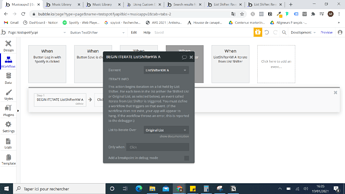 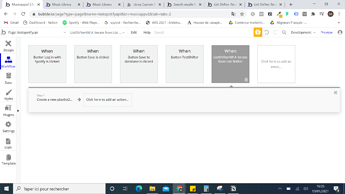 Hey @monicabayama : It’s possible that you have some conditions (“Only when”'s) on your workflow or action that are causing this. However, it’s more likely that you’re simply being impatient.

Note that Create/Make Changes to a Thing actions take time to complete. More time than you might think. I feel like I made a video about that but can’t find it now. Just know that you can use List Shifter’s iterate feature with Create/Make Changes actions in the iterative workflow and think that the objects have been created, but they actually have not been.

(They’ve been created in your local cache, but the backend has not caught up with you yet. I swear I have a video demonstrating this, but again I can’t find it right now. Maybe a stan will point to that? None of this is documented, BTW, because Bubble does not expect you to be attempting to do such things.

Let it suffice to say that on page Create actions take but a moment, but there’s actually a more complicated – and slow – process going on. If you attempt to leave the page and Bubble throws a warning that it’s not yet done with saving changes, well, believe what Bubble tells you.)

I see, thanks for the answer !

In my case, I think that it was because I was using the step by step debugger option in the preview mode, when I ran it in live mode, it worked.