Originally thought this was a radio buttons question but is actually more about database set up–here’s what I’m trying to do:

A user is logging something
they can either upload their own pic or use a default pic
i know how to set up a default pic, but the thing is, it’s not the same picture every time. it’s based on a parent group piece of data (it’s a URL from my database–so they aren’t selecting the actual picture, just that they want to use the default)

I set up the radio buttons however, how do I set it up so the logged thing is knowing to use which they choose.

right now, when they create a logged manicure, the 'Photo" field is the value they use for the photo uploader. is there a way to set it up so that it’s the uploaded photo OR the default, based on which radio button they chose?
there’s probably a clearer way to explain this but let me know if anyone can help! 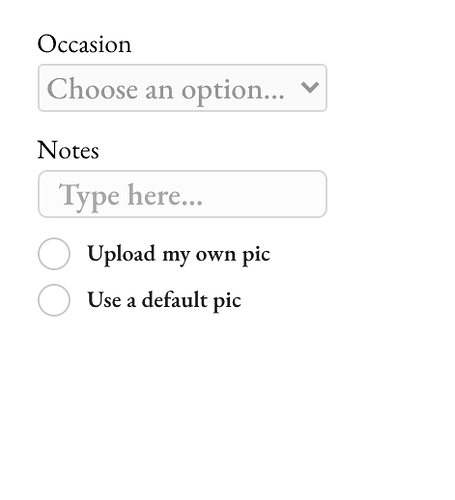 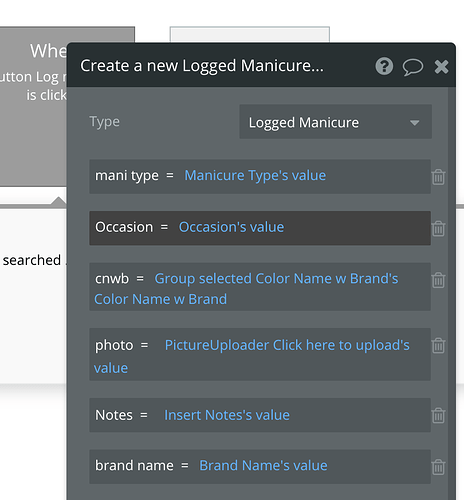 anyone able to help with this? still struggling to get this set up

Yes, you can have two different steps with an “only when” on both for the two options.

Duplicate the workflow steps and change that one field.

Another way would be to have a step AFTER the main Create that updates the result of that steps’s photo field ONLY WHEN it is user uploaded.

If you set your field to have a default of the default picture (in the data tab) you will only need to upload user pictures, the default will be on every row.

Thank you so much! This worked - I had tried something similar but your explanation helped me realize what I was doing wrong. thank you!!