Hi all, I’m facing a problem with my first plugin. It is simply bringing the jquery timer component to Bubble. It work as expected when used on a page.
I’m having problem when using it from a repeating group. When I drop it into a repeating group and I delete a record from the data source of the repeating group, the custom element of the row which is being deleted is not removed and it is rendered on the row for the following record… This is crazy.

Here I have the repeating group which include the Element “Timer”: 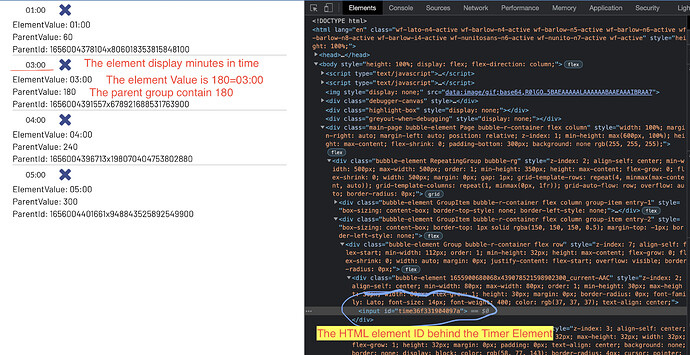 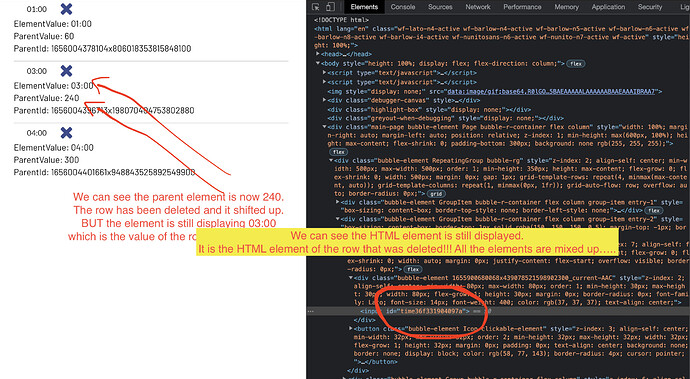 Looks like there is a cache of the HTML and it is not redesigned? Do I have to do something special to force the redesign of the HTML Elements of the row of the repeating group?

This is a known issue and you should send a support ticket to Bubble. I’ve reported this a lot of time ago and there’s no change. More we will be to post about this issue and more Bubble will give attention to this issue.

Indeed. I manage to work arround it but it is ugly…

I’ll report it to the support. Thanks.

Yes I have the same problem with Selectize in a RG. Need to do weird stuff to get it work correctly in RG