Send Data Back To A Group Inside A Repeating Group Not Possible?

Importantly, I’m building a mobile app and as such not using the standard web inputs.

The users are being taken to other screens to make their input selection which is more native.

I can’t run actions to send data to groups within repeating groups it appears which was what I had it configured and working well but as a standard group vs. repeating.

The screen allows for a person to input multiple legs of a flight. On page load an Itinarary is made and leg 1 is added to that itinarary.

As you can see below the user needs to be able to add more legs to their itinarary and somehow pass data to a Group within a repeating group of Flight Legs. 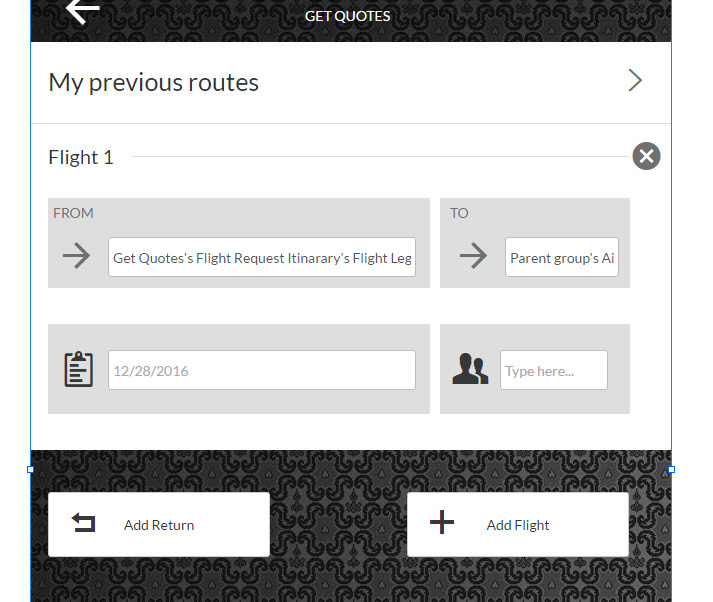 Any input would be greatly appreciated.

Rather than go to other screens, why not just do it with layered hidden groups. All data will reside in the page to be used by any control.

If you are building an itinerary in a temporary dB object, you would have each leg as a row in a RG.

Couple of options there to consider.

I managed to get this one working by saving the information to the Itiniary and then simply calling that data inside the reating group.