I guess I’d say try things until you’re happy with the performance, which is a lame answer but also similar to regular software development. I guess for me, it feels like doing a search for would be intuitively slower because it’s going through the entire dataset available on your app, rather than starting at a smaller scope. The difference between looking for a fish in a kitchen sink vs looking for one in an ocean.

Then again, I’m not an engineer so I have no idea what I’m talking about 95% of the time

I like that “Then again, I’m not an engineer so I have no idea what I’m talking about 95% of the time

Me too! Haha. That´s the fun part.

:filter downloads all datasets to the client and hence is definitely slower

Filtering versus Search for Database

It is always better to have as many constraints as possible in the search, the filter is more of a 2nd solution if there is a constraint you cannot express within our current search engine.

Filter in general is client side, it’s better to have every constraint in the search if possible.

How to improve the speed to read from DB

Speed is something we work on constantly, but not a quick project. While things will get better over time, if you identify a pattern on a specific page / repeating group, email us and we can see if there is a quick win there. Saying ‘speed is generally quite slow’ isn’t specific enough for us to look into it. One thing to note is that you should avoid using ‘Filtered’ except if you absolutely have to, as it’s slower than using search constraints.

I have no idea why my experience is the opposite of this. Reading this explanations makes sense, but my real-world experience says otherwise.

Our teachers are reporting a difference of up to 3 minutes in loading time for the same data sets. The dataset in the example I shared is small, so the difference isn’t so drastic. Literally the only thing we changed was going from “do a search for” to a more focused search, shown in the images below. 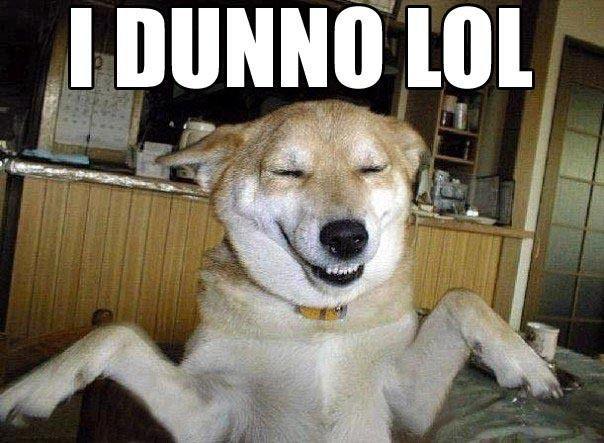 I think that second search in the conditionality of method one might be the culprit.

So it’s hard to make general comments on this kind of thing because a) it depends on the shape of your data, and b) we’re constantly changing how things work behind the scenes to try to make things faster, but a few thoughts:

-When you have a list stored on an item, that list is loaded whenever that item is loaded. This is bad if it’s a really huge list, because it means fetching that item is slow. But, it means that if it’s a short list, retrieving items on the list is much faster, because they are already loaded. I think this is probably why @potentialthings saw a speed improvement. The general rule is if you expect things to scale to large numbers, it’s better to use a reference and do a search for, but if you know it’s going to be fairly limited, it’s faster to store it on a list.

-However, we are probably going to change this at some point: the current behavior of loading the entire list when you load an item is one of our current scaling limitations, since it means that there’s no way of making infinitely scalable many-to-many relationships. So, it’s on our list of things to change.

-When testing these kinds of things, it’s very important to have an isolated test page that just has the search on it. On a big page, if there’s a bunch of data all being loaded at once, sometimes the thing you’re looking at might actually be fast, but it’s getting queued behind slow stuff, so you’ll end up looking at the wrong culprit.

-When you first create a new search that you haven’t done in your app before, and you have a lot of data, it will run slow at first, then speed up after a while, because we have code that looks for big searches and automatically builds database indexes to optimize them. So keep that in mind too

-I’m always interested in cases where a) you have a search that doesn’t fetch that much data, but b) it’s taking a long time, because that generally means there is room for a performance optimization. There are some known issues here, like :unique tends to be much slower than it ought to be (we have a project underway to change that), but often if you can isolate a search on a test page and show it to us, we can find something to tweak to make it faster.

Bam! Thanks for the response. I’ll stop spreading nonsense now

I have come to the conclusion that you and @emmanuel are pretty smart guys;)

Thanks for the explanation I really appreciate that.

But when is it going to be faster because right now the page that loads the repeating has just a header, a button and the repeating group list with more than 200 items and I can´t figure out how to make it faster since the latest conversations.

And the problem is that the users are complaining about that frequently.

Are you going to fix this soon? It would be so nice.

Thanks a lot @josh for taking the time to explain this.

Many thanks for this explanation. Curious about this though…

The general rule is if you expect things to scale to large numbers, it’s better to use a reference and do a search for, but if you know it’s going to be fairly limited, it’s faster to store it on a list.

Is there a sweet spot (number) here to know which might be better?

Example if I have a data Event and a List of Attendees is expected to be 50 Attendees, but if some events have 100’s of attendees then I would need to reference, or is it more like 1,000’s?

Also, this makes me realize that I have been adding a List of Contacts (for a basic CRM) to a User’s Company, which based on what I read here will not scale well at all

When you guys say reference, what do you actually mean?

Any update about this improvement on performance @emmanuel ?

We need to know since we´ve to make an important decision based on that.

I am curious if there is a point when it is best do it this way, as I currently have a List of Attendees for an Event, but if I work with large events, then maybe the other way is more efficient. Was hoping to get some other feedback on this, as it is what @josh suggested when things scale to ‘large numbers’, just not sure when to judge what large numbers actually are (hundreds, thousands, etc)

I would like to know the same thing. I have ‘Inventory’ with ‘List of items’ which are hundreds of items and in the backend the database for Inventories loads really slow because it has to load all ‘Items’ that are connected to the Inventory.

Kind of a mess here I think. What I´ve heard is that “do a search for …” is the fastest way but the problem is that Bubble´s performance is really really slow when showing the repeating groups. We´re really worried about this because we´re having a lot of complaints about this slowness.

I rather have performance improvements and more polished plugins than new ones.

I do think that they should focus more on this since once you start using Bubble you´re like “wow this is amazing you can do everything” but by the time you have created something you consider a good project then you discover that this kind of things are the ones that makes the project not that great. Speed on everything is critical and also a basic one.

Bubble attracts you in the first time but in my particular case is getting hard to keep me.

We’re working on database optimization right now (which includes grouping data for charts) but this is not a small project. We’re hoping to be done in a month or so.

I understand it´s a big project but it´s causing a lot of troubles.

Will it be possible to have a date or at least a week? We´re having hard time keeping our users based on this particular issue.

At least if we have a date we could tell them that it will be solved soon.

Thanks a lot @emmanuel

It’s our number 1 project. I won’t give a date as we can’t be sure we’ll deliver in time. But should be before may.

Other users apparently don’t have the same problems as you have regarding speed, so there are some design choices you’ve made that make this more of an issue for you currently. I recommend you try to find different approaches for the time being.

Thanks a lot @emmanuel

I recommend you try to find different approaches for the time being.

@ryanck you might find it worth sharing some specific details of the searches that take a long time, some people here have experience at data search optimisation.