I’ve been working on Bubble for a few months and I love it ! I started to connect Bubble with APIs with API connector to raise my level. I started to use the Twitter API to get discussions from the same author (for those who know how to use twitter to get threads).

In api connector, i connected to the Twitter api and in my example in the image below I get :

In the Workflow API I have to create two loops that respond to each other to retrieve the id of the last tweet and go back to the previous tweet to the first tweet of the discussion (thread).

I hope I was clear ! Not so simple.

I started the API Workflow with an endpoint with my tweet id and I get the data from the API and then I can’t set up my loop. 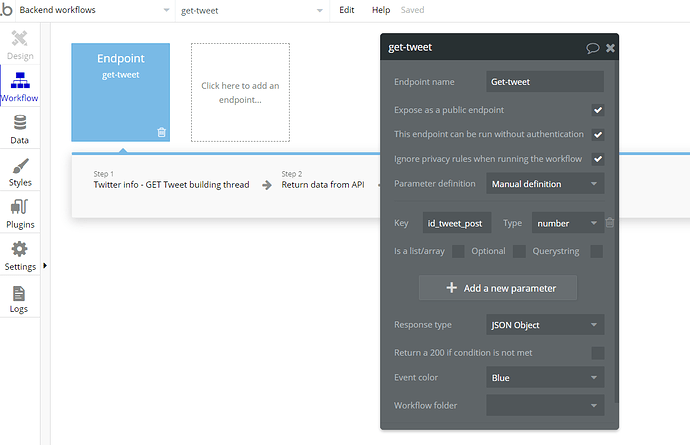 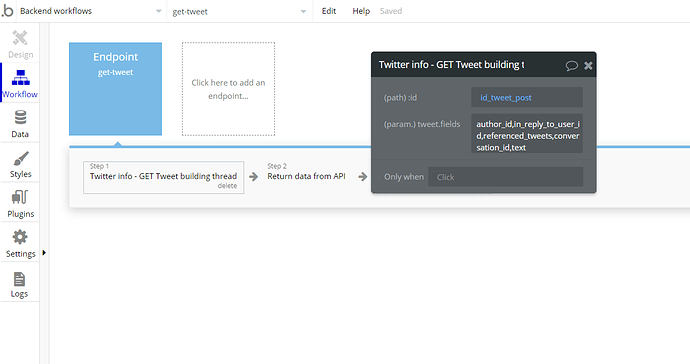 Can you advise me to make my loops?
Thanks for your feedback

Hey @afouquet31 ,
Congrats on this. Unfortunately I’m blocked at your first stage. I’m trying to get Twitter threads using the API connector as well, but I only manage to get a single tweet. Not the replies (thread).
Could you share your setup on this?

Here’s what I currently have: 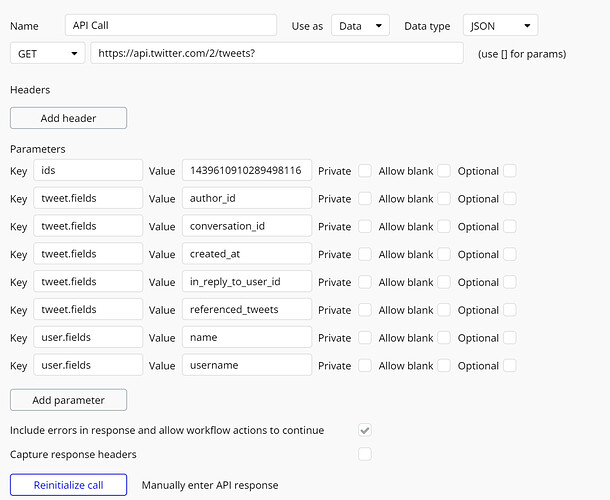 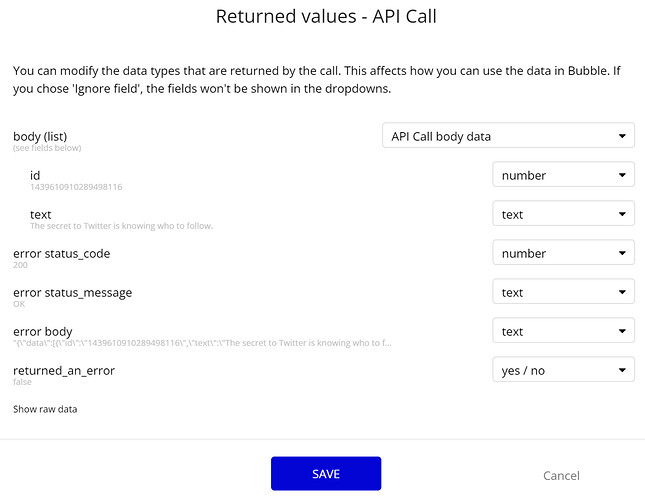 Thanks in advance for your help!