So I need my users to be able to fork other user’s projects. The first part of that is to generate a new unique identifier for the project. I figure I can just take the previous ID and add a small string of random characters to it. The resulting string will be unique and will maintain the pedigree of the new project. But Bubble doesn’t seem to have a way to directly concatenate text strings. (which is kind of weird since that’s one of the most basic operations in any programming language)

Thing is that when I create/modify a thing I can’t combine multiple expressions. It only lets me use the one expression. 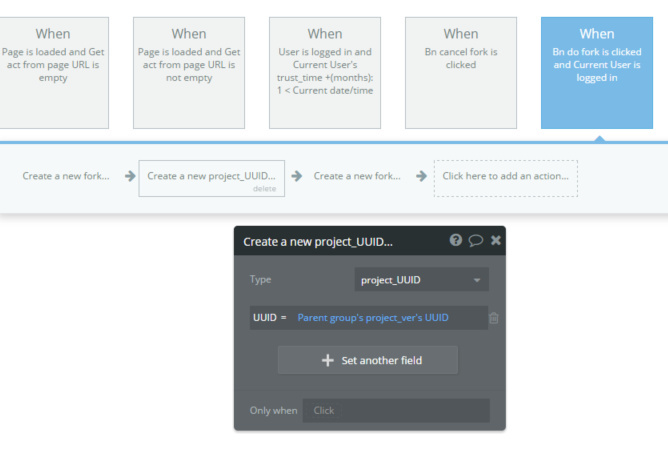 I can use multiple expressions in an input element, so I can force its initial value to be the concatenated string I want. 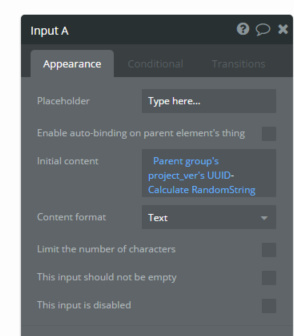 I can then set the field of the new thing to the input’s value. 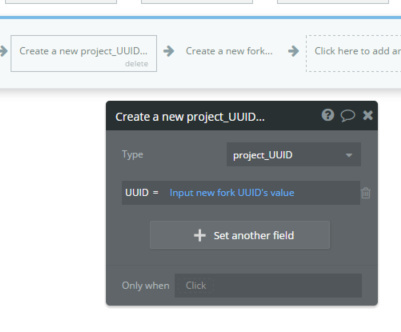