At the end of 2022, there was an explosion of AI-based products.

Our Sommo team also dived into this rabbit hole. We have created a Dyvo application that allows you to create art drawings and avatars from your photos using AI. Users can generate profile pictures, pet portraits, dating photos, and content for Twitter / TikTok / Facebook / Instagram.

The time from the idea to the first release took less than a month.

The app is built with Bubble for Stable Diffusion v1.5, and training with the Dreambooth.

We also used our no-code development tool Natively to convert the Bubble application to mobile iOS/Android. For Dyvo, having a presence on the App Store and Google Play Market was an important way of user acquisition.

The challenge of applying Stable diffusion was

(a) to create images similar to the people depicted in the original photos,

(b) avoid artifacts and other bugs associated with AI,

(c) generate images that users will like (the most significant challenge). 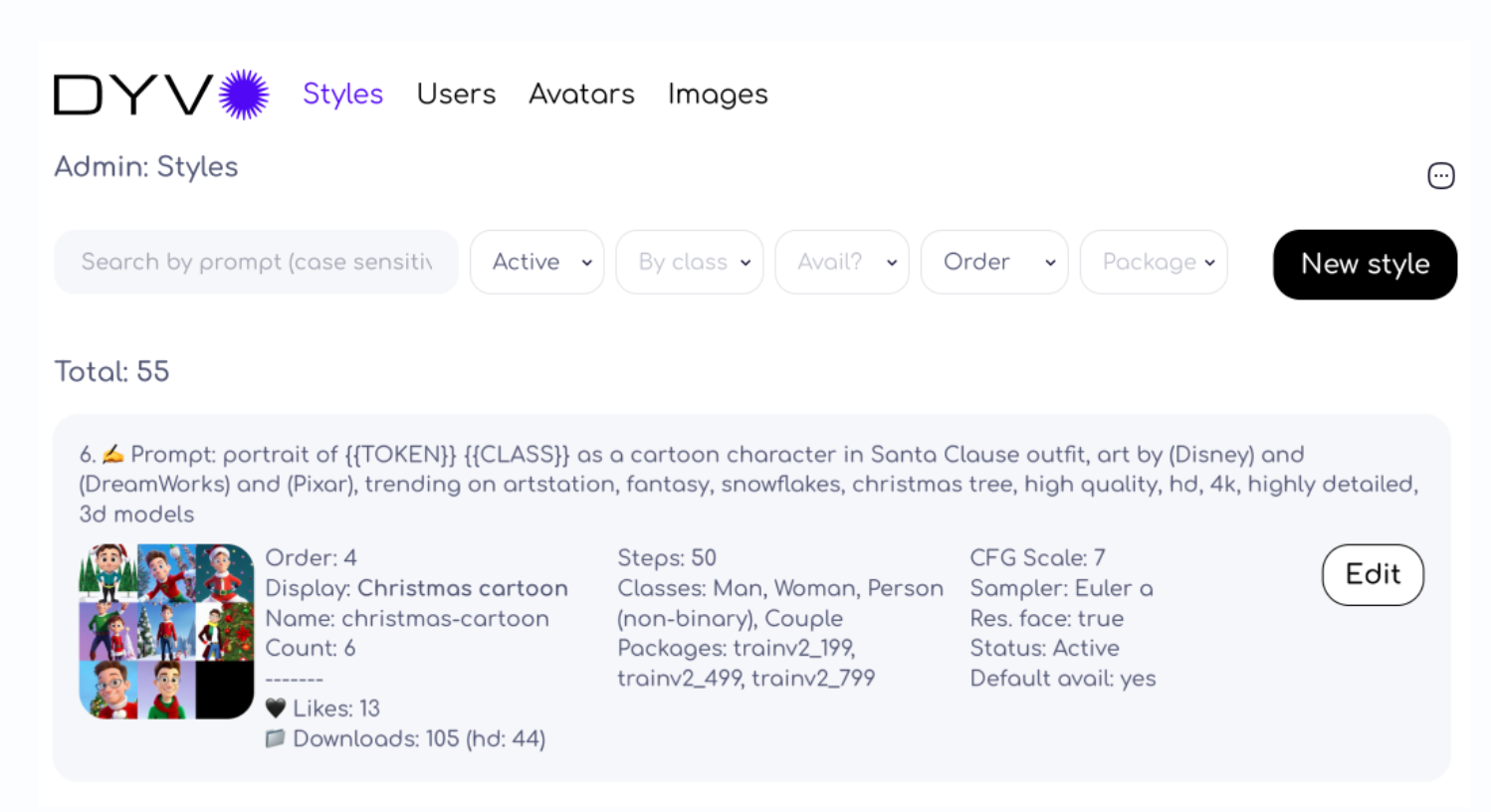 When opening Dyvo for the first time, the user can check the quality of the created AI pictures before signing up. You can compare the original photos and hundreds of images generated by Dyvo for these users. It is handy (see the result in advance) and fun!

You can also learn how Dyvo works and browse hundreds of photos generated and published by Dyvo users (community).

After signing up, users can see (or skip) Onboarding with the main steps to create Dyvo avatars.

By clicking the “Create avatar” button, the users initiate generating flow: checking out, picking appearance, and uploading their photos. 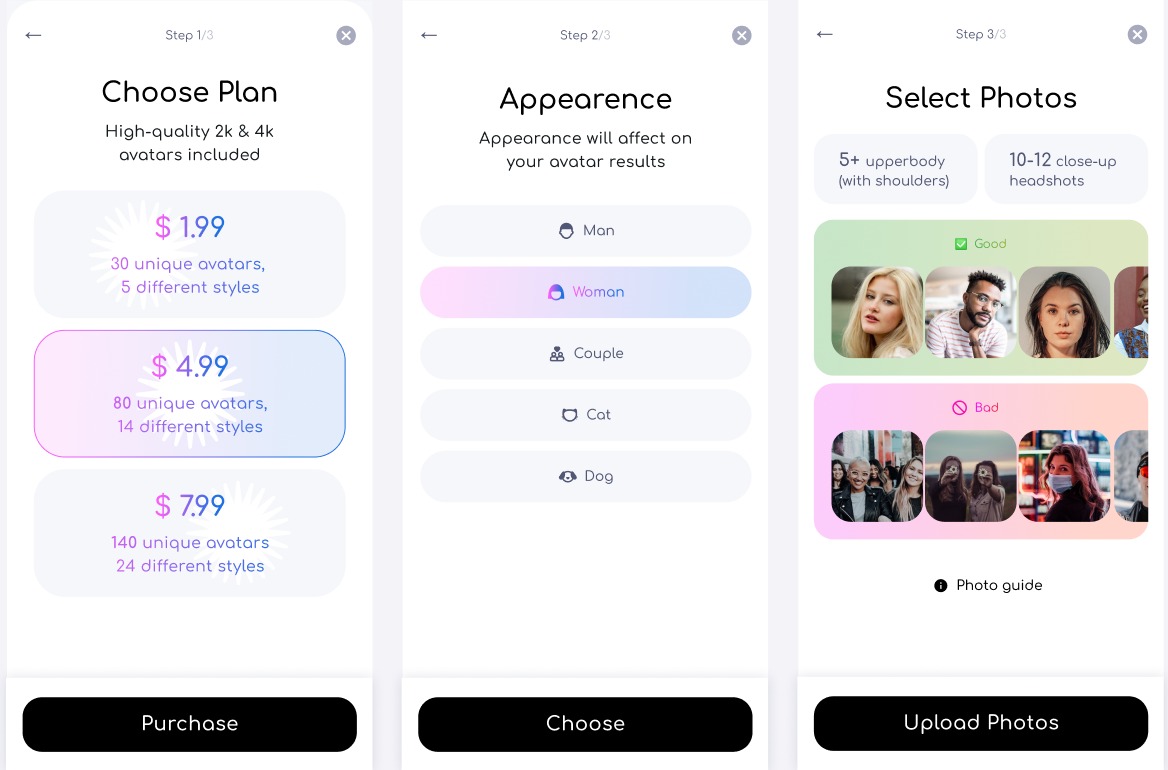 Sticking to the recommendations when selecting photos is essential to create great avatars. Users should upload selfies with different facial expressions, backgrounds, clothes, angles, lighting, and bigger than 512 x 512 px.

We don’t recommend using the same background/shot, the same emotion, selfies with sunglasses, too much makeup, bikini/swimsuits, or nudes.

After uploading photos, the magic starts - the app spins up a machine-learning model individualized just for you. You will get your avatars in 50+ styles in less than an hour. Note that some could be flawed. AI algorithms may generate weird artifacts, inaccuracies, and defects in output images. It’s expected, and the resulting images will never be 100% perfect.

In addition to generating static pictures, you can:

extend it from a small square image to a 4k 2:3 professional photograph;

Within the first month, Dyvo grew by 100k users (android, iOS, and web), and generated thousands of avatars for them. Try creating avatars for yourself or your friend/pet - this is an awe-inspiring experience.

If you are interested in going deeper into the process of using and configuring Stable Diffusion, there are a lot of headers in the network, for example:

Github Repository with the guides

Within the first month, Dyvo grew by 100k users (android, iOS, and web), and generated thousands of avatars for them. Try creating avatars for yourself or your friend/pet - this is an awe-inspiring experience.

Thanks for sharing your story – very interesting to see and congratulations on your success! What made it grow so quickly? Did it go viral on social media or did you spend a lot on marketing?

Also, what challenges did you face trying to build this using Bubble?

@lregefalk thank you for your interest!

As a no-code studio, we have experience creating bubble apps and converting them into native apps using Natively. Therefore, the main difficulty was finding out our go-to-market strategy.

We have tested a lot (monetization models, acquisition channels, etc.), and no code is the most suitable approach.

One of our effective campaigns was providing additional styles (avatars) for sharing Dyvo-avatars on social media. 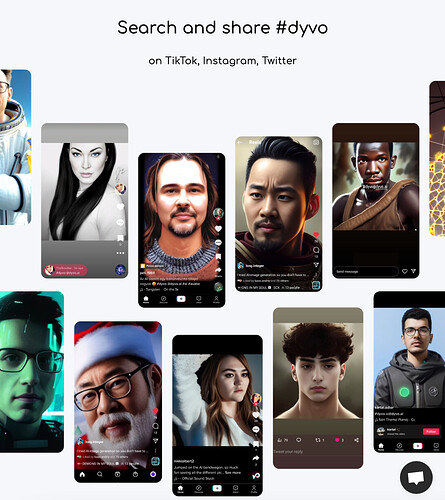 Since you own a no code studio. How would I set up a bubble page to chain inputs in the openAI API so it can reference previously made comments like ChatGPT?