Hey Bubblers!
we are running a “Best Startup Idea” Contest on Indie Hackers and giving away our premium templates to the winners.
Winners will be decided by @emmanuel

Check out the details and participate here:

I applaud you for saying, what at least one other person was probably thinking; yet wouldn’t dare say.

Not to suggest that zeroqode has an ulterior motive. It would be a great way to steal ideas though haha.

But - ideas are useless, as they say.

I think it is important to add:

It is extremely unlikely that zeroqode - would operate with such poor integrity; and channel all of their energy to execute on/and profit from, an idea that they “stole” from another person.

Arguably a “startup idea” contest, is a totally appropriate form of publicity for all sorts of entities here - and an opportunity for an entrepreneur to start his/her idea with a fancy pre built template.

Also worth acknowledging:
It is a sensitive and controversial situation. Where an individual is asked to share an idea that they may have thought day and night about; and may In fact be a great opportunity - to share that idea: with a well established application firm that has designers and developers at their disposal, and has no contractual agreement with contest participants.
An idea is worthless sort of speak - but an idea stands a much better chance of being brought to fruition; when it is in the right hands…

Had to share.
Easy to argue both sides here.
This contest is both a good idea and slightly controversial at the same time haha.

I completely agree @jordanfaucet! While there may be plenty of people with great ideas who cannot or won’t execute on them, the ones who likey will execute and likewise will have the best ideas will be the same ones who will not submit them to a contest, for fear of someone bringing their contest-winning startup idea to market before them.

We have a roadmap of things to work on and are overly busy with projects and products so can’t get our hands to complete everything as planned.
This contest initiative is more to promote Zeroqode/Bubble and to let people know that startups can be created without code and even with no-code templates

Haha ya - sorry Levon. I definitely do not think this is an evil scheme.

Like I say - a contest like this makes sense; on account of the nature of Bubble and your own products/services.
Just speculating on the psychological perspectives.

I personally have experienced the emotions of feeling like I have told someone with more resources “too much information.” It’s an unsettling yet common entrepenurial experience.

But like you say (and I agree): the people that have the ability to run with an idea - are already too busy working on there own ideas and projects. I’ve learned that through experience.

I got a little carried away, rocking the boat.
You guys do really good templates. It would be a nice prize for a developer.

If your idea can be replicated with complete ease from a few paragraphs, requires no market knowledge/contacts/expertise in that field, and will effectively market itself … then I might suggest it wasn’t a great idea in the first place.

Building is one thing, launching and growing is quite another.

Anyway, have a bump from me, it is a good idea

Yes, Levon, totally understand! Was just poking a bit of fun, but I’ll be interested to see the results of the contest. Have fun!

No problem guys, I thought so

Levooooon!
If this contest is for the best startup idea; why exactly do you need to know the country?
You may as well just called the contest “best startup business plan”

@NigelG this is precisely an instance; where an idea is articulated effectively in a few sentences; from someone with unique insider knowledge about an opportunity.
Who is now in the process of expressing the idea, to the contest organizer who DOES have contacts / resources.
Who do you think might be able to execute better?

This guys idea seems pretty damn good to me. He seems to see an opportunity. 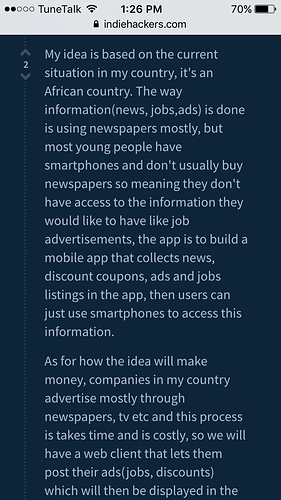 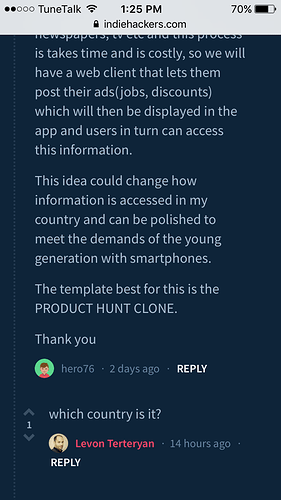 This post was flagged by the community and is temporarily hidden.