This stumps so many of us when we first start with the plugin editor that I wanted to make a couple quick videos to demonstrate returning an object from your plugin.

Returning an object from a server-side action


– those notes I was writing are below.

Returning an object from a client-side action

{{not yet recorded}}
— this one is more difficult but definitely doable!

Returning an object from a plugin element’s update field.

Returning an object from a plugin element’s workflow actions

— as a note. you don’t have access to instance from workflow actions. BUT YOU kinda DO if you publish instance to window.

18 Likes
Exposing an array of objects
How do we set up Custom plugins to appear in "Get data from External API"
Plugin - Server side - How do you return a list of Bubble object?
NEED HELP - Can't return an array to Bubble from my Plugin
Custom Plugin: Publish State using App Type
Output an object for server-side/client-side
My actions script is not returning anything
How to return JSON objects in a plugin server-side action
Accessing output from client-side plugin
Bubble - Plugin - add returned value list of a server-side plugin to the database as multiple records
Javascript client returning object to bubble : what format?
Import object or array in plugin
jim5 August 22, 2021, 5:07pm #2

Thank you for these videos! I have found the closed (insider) nature of plugins to be frustrating and limiting. Your videos were a big help in solving various API interactions that require JSON parsing, and how to return that data to our App.

1 Like
How to publishState an object when building a Plugin?
Unable to publish state and trigger event in plugin in the initialize function
jared.gibb August 22, 2021, 5:13pm #3

I found it difficult too. Now to make the videos a little more friendly with voiceover, let’s cuts, and more clear instructions!

Glad you found it useful!!

We shouldn’t be limited by lack of knowledge. Doing this allows you to expand your reaches quite a bit in my opinion.

I am astounded how you ever managed to figure this out but I am in awe!

thanks for the support @lindsay_knowcode the real gold nugget is saving the instance from an element to the window variable. then you can literally publish data between elements.

that and using the API as a data type. it’s

Awesome! You are a bubble-hacker for real!

This one automatically handles that stuff (helpful for large/nested objects):

GitHub - Lottemint/json-to-bubble-object: Convert a JSON object to a Bubble...

This one automatically handles that stuff (helpful for large/nested objects):

This is only relevant for SSA right? Can we use this client side? Looks like it requires a node module to be imported

Can we use this client side?

Awesome! I hadn’t thought too far ahead! I may find use for this!!

Hi @jared.gibb , Thanks for recording videos and putting out here. It help me a lot.

I am trying to return custom objects from plugin action and somewhat able to do so. But go stuck with the last segment. Since bubble plugin need “p” prefix with each key but that is not possible (in my case- as I am getting data from third party API), how to map “p” prefix key with the normal key (without p prefix).

Hope you are able to understand what I am trying to say. 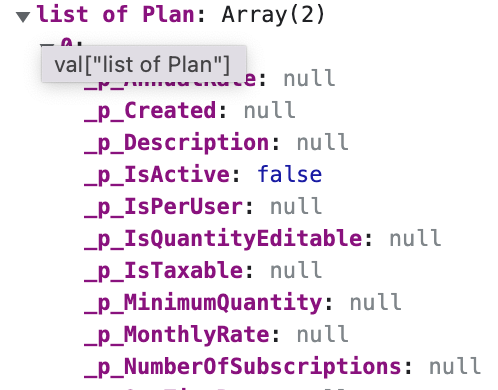 This type of data required by bubble but I am getting without “p” prefix data. Any help you can do it?

Thanks a lot in advance.

Sorry this might be a very newbie question but how would I import this module into my plugin? I know how to do it using cdnjs as source links in html but I’m not sure how to do it from github as I can never find these links.

@lottemint.md has hosted this on NPM and the module can be drawn directly down into your server side function. It’s called json-to-bubble-object and you add it simply by declaring some variable using require('json-to-bubble-object') - see the example below.

It will then automatically be added to the Node package.json though you’ll need to click on the red warning message to perform an initial sync of the module.

Yup.
It also can be run client-side if you extract the code from this module:

Thanks @lottemint.md @edwardbutcher I’ve got the module working. I’m now having trouble returning the data. what function would I use to return the data. The response I’m getting from the module is

This method I have here works

The api_response field is just a test field that returns the api response. I have tried the following

but that isn’t working. There must be a simple function that I’m missing.

For some reason when I try these methods, I get null responses, which I know is me doing something wrong because when I display it under the “api_response” it returns correctly 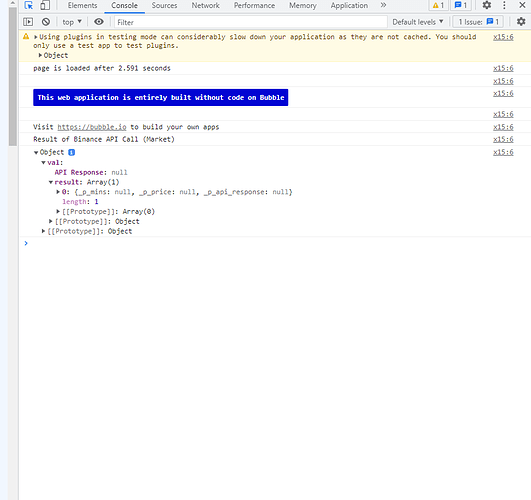 This has been solved! Thanks got it working

Wanna share your solution or what was keeping you from passing information along?

ofcourse, I need to get into the habit of doing this. My solution was the following code

I think I got to the answer by trying out a bunch of different combinations but key things I had to do was make sure all elements of the object literal were strings (as numbers threw an error), and the convert function for the json-to-bubble-object was setup properly.

EDIT: see the following post for better script, I was getting errors with returning numbers in this script because when I initialised the APIs in the API connector, I didn’t specify number to some variables which were numbers.