I have a huge SEO problem. Google don’t index my bubble app.

I’m in the Google Search Console trying to index it, and this error message appears (Google does not recognize this URL):

I try to look what’s wrong without success: 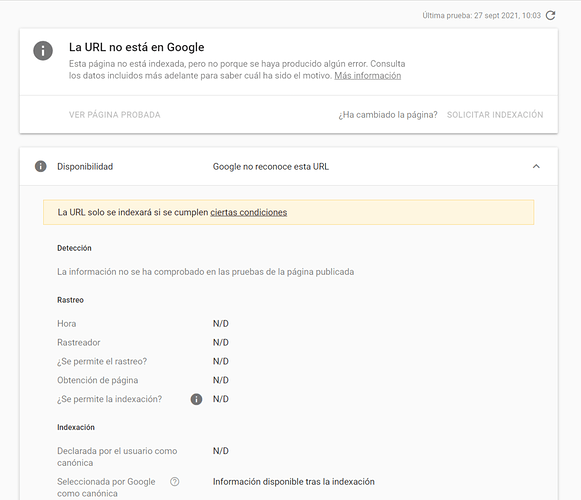 Finally, this is my bubble SEO configuration:

Any ideas? How can I fix this? Any SEO tips? Thank you so much in advanced!!!

I’m guessing - Have you authenticated the url to Google console? With a DNS entry or installing Google Analytics?

But why you decided to customize the robots.txt? Just curious

When you decide to customize, it’s to specify a custom definition for the robots in order to prevent / block / or allow different scopes.

I customized the robots.txt because I had problems with Google Search Console using the default settings. I don’t know why, but Google was telling me something was wrong (without telling me exactly what).

In order to have different results, you have to do different things.
So I decided to customize it, because according to forums robots.txt was probably the problem (it was).

The question should be why did it fail at first. I had invested 2 days trying to solve this silly thing (I’m not a technical guy, like 75% of bubble’s users.

I believe the standard robots.txt (without any customization) reads as below: 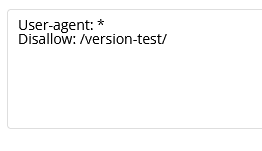 Don’t ask my why, but it was a nightmare. Luckily I solved it.

Now, I need to optimise SEO a lot. Any tips?

So I decided to customize it, because according to forums robots.txt was probably the problem (it was).

The question should be why did it fail at first.

If Bubble’s standard robots.txt prevents Google from recognizing a bubble site, then that’s a problem that would be experienced by the majority of people with Bubble sites. (The standard robots.txt would block indexing of the test site, but no one should ask for their test site to be indexed).

To confirm that this was the problem, have you tried reverting the robots.txt back to standard and see if you experience the same issue? Also could you post a link to the forum entry that said robots.txt was the issue?

I have this same problem, unable to index my site on google

Did you solve it? Bubble SEO is mediocre.