Nothing like this happens on our side. Please have a look. Can you send a screenshot of all running workflows and similar things related to the checkbox? You can also send the editor’s link via PM.

Version 1.2 has been released.

We’ve added a small feature called “update delay”. It makes it scroll to the first slide within the “ms” you specified.

Why did we add this?

It was starting on the last slide when the page was loading, especially if this plugin was used in RG or if the page was taking time to load. By using the “update delay” feature, you can increase the user experience.

Had not realized how useful your plugin can be. Great work!

Hi there!
I have 2 questions:

I would be happy to answer your questions.

1- You can define a link to each slide. For this, you need to define a list containing the “List of Text” data type in the “URL List” field as in the screenshot below. 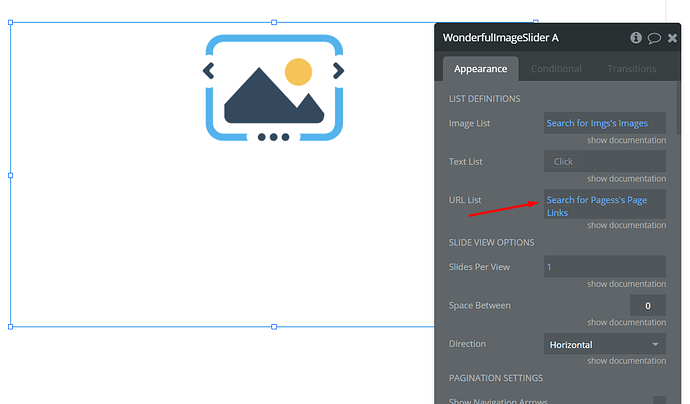 When you do this, you must define a list in the “Text List” field that contains the “List of Text” data type. Thus, users can be directed to links by clicking on them. 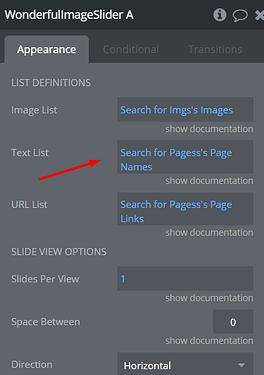 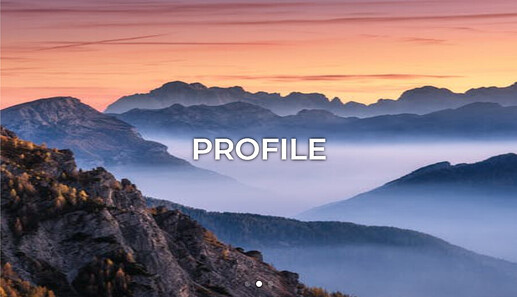 The dataset used in this sample:

Also, you could examine from the editor.

2- I think the answer to this question has been shared before. Check it.

I hope they work!

I tried using this Plugin in my app, and it worked mostly well but had one big flaw.

i.e. I have a Repeating Group of Users. Since each User has multiple Projects, within each User cell, the RG is showing all of that User’s Projects.

When the page first loads it is fine. But under certain circumstances, the RG of Users changes order and when that happens the Wonderful Image Slider does not move. So all the text etc for that RG cell is updated, but it is still showing the images from the previous User “occupant” of that cell. It would be great if that could be solved.

ACTUALLY - I just realised I was using the old version of your plugin. Could you perhaps confirm that this would not happen with the new version? Happy to pay for the plugin.

My app is Repeating Group image heavy, so this could work quite well.

Obviously we haven’t tested it with nested RGs yet, theoretically this solution should help. If it doesn’t work, please let me know.

Hi There!
Is there any way to make a slider with images from different Data Fields of one data type?

Hello!
How can I set my slider to show a floating group or popup if an image is clicked?

I am trying to do something like this webpage (click on any image of the top slider): 16501 West Mozart Avenue, Los Gatos, CA 95032 | ZeroDown

There are two ways to this case.

1- You could use “A Wonderful Slider Double Clicked” event

You can see the examples I created for you here.

I have tried to upload a .MOV file which is not supported by HTML5. And as a result, no videos are visible. What do you recommend for getting these videos to work in the slider? Do I need to convert them with another plugin or is there some other work around you know of?
I will be regularly having users uploading videos from their iphones which will be .mov files so will need some way to get them to work.

Thanks for any suggestions.

Unfortunately there is no workaround I know of. The following plugin may help, you can reach out to the plugin author to be sure.

thanks Eren. Appreciate the rapid response! Yes I have started playing with this plugin just now, looks hopeful. fingers crossed.

The feature you wanted was removed because it was a bit redundant in its current state.

I shared the example under this post, as I think different people may have the same request.

It works perfect! thank you very much!
There is only one little detail… if i click on the arrows the popup shows up… is there any way to fix that?

I am sorry that I did not realize this problem. Occurs because the group element itself above the slider item. The only solution I can think of for this is to create your own navigation arrows. I made an example.
Please check:
Preview
Editor

Thank you very much! Sorry to ask again another thing…
I have a repeating group that shows images from a list. I want to open a slideshow popup when an image is clicked, but i can’t make the slideshow start from the clicked image… Is there anyway to do that?

Hello @madicav82 The feature you wanted was removed because it was a bit redundant in its current state. I shared the example under this post, as I think different people may have the same request. Thumbnail feature: Preview Editor Best,

Can you review this example @antonio1 ? I think you will find the answer to your question in this example. Please let me know if I’m wrong.