I am a developer on Bubble to make CAD/MDT Systems for Roleplaying communities for the video game Grand Theft Auto. I am attempting to have a feature in my system for when users are writing new reports such as a traffic ticket, to where all users have to do is make a search for a certain charge and the fines and everything else is automatically added based on the values already implemented in the data. However, most, if not, all of the charges can “vary” in their fines and jail times where it is not one set amount.

I am attempting to make it possible where a user can edit a repeating group’s current cell which is a charge to alter the fine amount or jail time amount, but trying to make it without the user altering the data already existent. I have tried custom states, but have found no success unless I am doing it incorrectly.

Any help would be appreciated! Thanks! 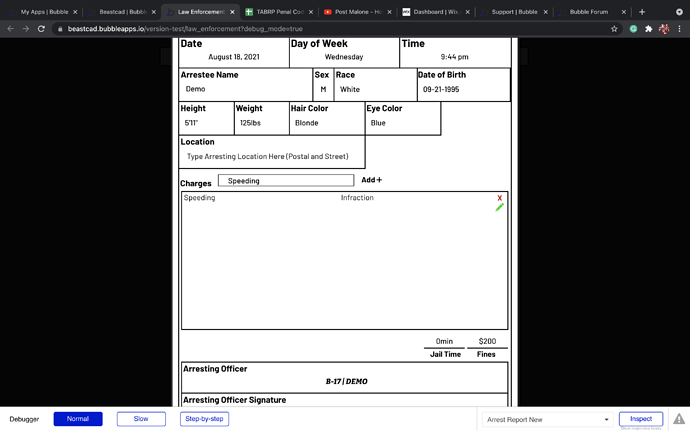 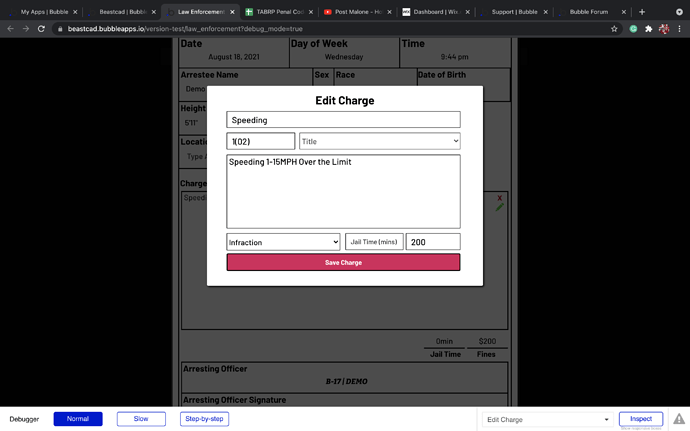 Custom states is the way to go.

I have tried this, but it is still not working.

It is making the change on the popup I am using to do this edit which is good, but it also needs to reflect into the repeating group of the main page, which is the first screenshot I posted, so it can also end up adding correctly into the the inputs for the Jail Time and Fine.

Is there something I would need to do in the workflow to make this happen?