Hey what’s up, any ideas on how to implement a feature similar to the screenshot below?

I’m currently sending information to a hidden group inside a poop, which then sets a state of the group, and then combines each individual number, and finally converts it to a number in the database. 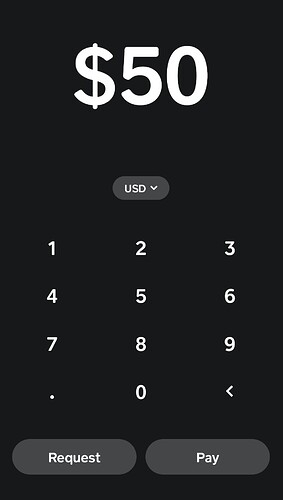 Seemed like a fun little experiment. Let me know if that works for you.

I have used custom fields on the group to hold the total, and the buttons add to this total. there is a bit of logic on the delete step. you don’t really need the period (.) the way I have done it.

Wow this is insane! The speed is unreal compared to my bootleg version lol.

I’m going to implement your method right now. I am curious if there’s a way to set the initial state in a manner of instead of $0.05, you’ll start with $5. (Most people’s use-case will be closer to $5 than 5 cents)

I’m sure it’s simple enough to where I’ll figure it out during implementation.

I have an animated pencil icon that allows the user to edit the input with their native keyboard. The group that displays the value of monies, isn’t text for me, but rather an input where I play with the default value.

I suck at math but I’ll