Is there a way to control how text is entered into input fields? Take for example an input field for first names. I would like the first letter of every entry to be capitalized. So if a user enters john (all lower case) it appears as John in the text input field.

I would recommend using a text element that uses the input fields value and formats it the way you are talking about. You can place that next to the input box.

That’s a decent idea. Won’t look very nice and it won’t make for the best UI

Agreed.
Another idea would be to put a text element initially set to hidden that does the formatting you want and place it exactly on top of the input box. Then have a condition to show the text element and hide the input element when the user sets focus on the next text box or their next step so it will appear capitalized. I think the logic would also work for going back to change it.

So it wouldn’t change immediately as they type but would appear to change in the exact spot they typed as soon as the focus shifted on the page or they did another action on the page.

But how do you format the text element?

In the text box initial appearance select dynamic data then select the formatting you want.
Just like this… I set it to capitalize the first letter of whatever is typed in Input C box. 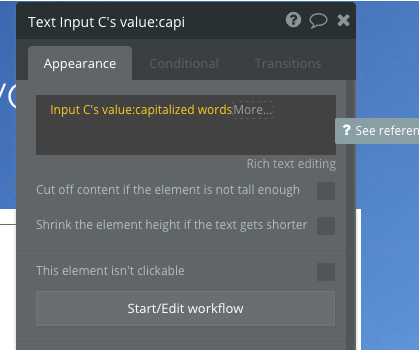 Is it possible to change the vertical padding for a text input? I have a tall box so the user can type a message but when the user types the text stays in the center

Changing the style of the input box looks promising as it has many of those types of features. 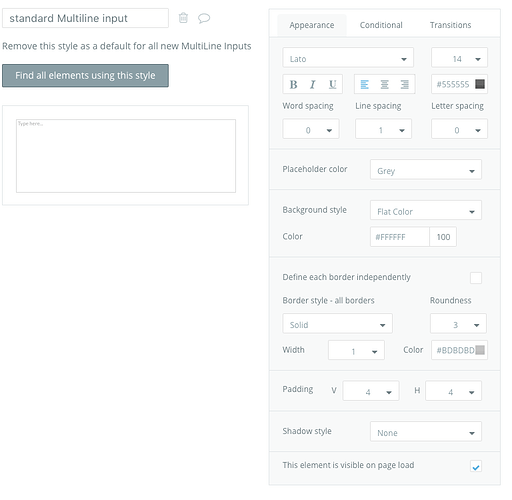 thank you, I didn’t know I had to use a multiline input