This is our latest monthly community update. You can read the prior update here: Monthly Community Update - September 2020

This month, the team put a tremendous amount of energy into hiring. Across the various roles we are looking for, we collectively did 144 interviews. This is a necessary investment for the future, but it also takes up an enormous amount of time and energy from the team, and led to a pretty disappointing month in terms of progress on our key initiatives. That said, I feel good about making this investment because it’s obvious that we’re going to need a significantly larger team to stay on top of the growth of our users we’re seeing and to continue to improve the platform.

Changes we made this month

On the community, training, and education side of things:

On the product end, we didn’t make any major changes, but did release a couple minor things:

Finally, we invested a lot of time into behind-the-scenes initiatives that will help us move faster going forward:

This month in numbers

(Note: we switched from Helpscout to Front this month, so changing the format slightly)

Things on our minds

We still have a lot of bugginess in some key features, which is disappointing and something we hope to fully wrap up by the end of the year. The big culprit is still version control, which we’re still working on, but we’ve also been investing more time into fixing bugs with our rich text editing plugin, since we’ve noticed that it’s been generating a constant stream of issues. We invested in better testing procedures for the rich text editor, which will hopefully lead to fewer bugs down the line.

Other than that, the main thing on our mind is building the team, via hiring, training our existing team, and building the management structures we need to scale. That kind of investment is really costly, but it’s necessary to move the needle longer term.

What we’re currently working on

New initiatives since the last update:

Updates on our ongoing initiatives:

Thanks again to everyone – we really appreciate the community and the support we get.

Thanks for the update.
Reading this thread I can clearly see Bubble is growing a lot, but I feel Bubble is avoiding some key “features” that 90% of other no-code tools have @josh and @emmanuel

What’s the real bubble “target platform”? Why still we can’t deploy real native apps for mobiles? There’re any plans in near-future for mobile development? Is mobile something not doable actually because on how Bubble is made? Since Bubble was founded (at all this time) don’t you think there should be at least an official way to get a decent app (and not a wrapper)?

Will Bubble always be accessible from a browser? Or there’re any plans in the future to have a dedicated app for each OS?

What’s the Bubble team criteria to select which is the next feature to add?

We’re merging the Bubble reference into the manual to create a unified experience for our written documentation.

Something else to consider… I really really like the contextual links to relevant documentation from the bubble editor. Unfortunately, it doesn’t seem that’s continuing to be updated. Can you confirm whether that functionality is part of the new interface redesign? I sure hope so. It would be ultra sweet if a contextual link could bring up the official documentation as well as forum search results in a single unified interface.

Thank you for the update. Give us a tease of that flexbox editor ASAP

What’s the real bubble “target platform”? Why still we can’t deploy real native apps for mobiles? There’re any plans in near-future for mobile development? Is mobile something not doable actually because on how Bubble is made? Since Bubble was founded (at all this time) don’t you think there should be at least an official way to get a decent app (and not a wrapper)?

Short version: yes, it’s possible, yes, we’ll do it some day. Not soon though – it’s hard. We’re considering working on building clean support for Progressive Web Apps as an easier way of moving in this direction.

Native Apps, that would be a game changer and a-maz-ing! I didn’t think it was possible, I thought maybe a wrapper was the only option. Wow

We’ve broken ground on the project to build out a better responsive editing engine. At this point, we’re building a proof-of-concept engine to let us experiment with different editing paradigms. Our working hypotheses is that we’re going to do all the runmode rendering via flexbox css, which provides a flexible and high performing framework for building out layouts. The way we expose that to users via the editor is what we’re prototyping and playing with.

This, so much this ! We’ve been in the chat with @arthur.kieffer and how the custom actual responsive engine is so not standard making traditional front end devs not wanting to enter this game. Flexbox is the way to go !! Congrats.

On the other hand, it makes me wonder how much should I invest in time to understand and dominate a now officially deprecated responsive system . Any ETA @josh ? Like a year ?
Good weekend everyone 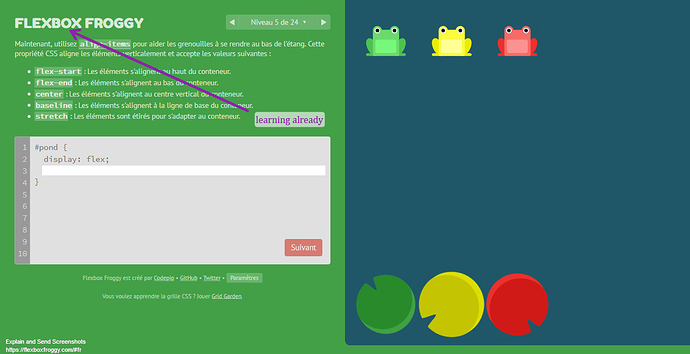 @Glideapp pwa support is a good inspiration to follow

It’s good to see the transparency, I understand the people implementing all the course and learning are probably different than the ones doing the building but I would have liked to see more progress on the platform than things like boot camps and education.

Nonetheless it’s challenging times and I don’t for a second claim to have any understanding of what it takes to call the shots you need to call.

Since we’re still proof-of-concepting, no timeline yet. I’m hoping it’ll be on the order of 3 - 4 months, but my track record for these kind of estimates is not particularly good, so I would take that with a massive grain of salt

Hi @josh. A related question: How will the eventual roll-out of the new editor impact existing apps built on the legacy editor? Apologies if you’ve already answered this question elsewhere.

This is also TBD: once we’ve finished fleshing out the prototype of how the new responsive editor will work, we’ll put together an overall project plan that includes handling existing apps. My working guess is that the new system will be sufficiently different that we won’t be able to seamlessly upgrade behind the scenes, so we’ll likely support both the old and new system, and provide a way of upgrading old apps (likely a page at a time) to the new system, which will require some manual inspection of the output to make sure it works the way you want it to. But, this answer is subject to change as we develop this further.

@josh I think this is great - And is on the right track. I use Bubble to build Web Apps and prefer resources being put into making it the best Web App builder possible.

The PWA route is a fantastic middle ground, in my opinion, between the Web App and Native Mobile App. I, for one, support Bubble’s direction on the matter!

I am also supporting the PWA initiative. Great!

I agree that focusing on PWA is best moving forward to build Bubble’s niche, given the limited resources.

What could help though is having someone explain how to wrap the app, as this part is mostly left to users to figure it out.

[35641119-f96a-4363-ae9e-ad9f14807d00] Hello Bubble community I’m Alexander and I’m a UX and front-end developer. I’ve been looking at more and more no-code/low-code solutions that can help me do my job faster and easier. One of the main requirements by customers today is to offer native apps on iOS and Android with functionality like push-notifications, camera use, geo location and so on. Bubble is a wonderful and advance tool, but it’s missing a crucial part for the mobile development. Th…