So I’ve created a backend recursive loop which takes in two lists and uses two iterators. The data i’m extracting is not as expected. As a test i’ve set up a test table that logs the user, and the job post, along with which iteration of each loop the row is created from:

I would expect the results to create only 1 new test per loop, however I get the following, which implies the action Create a new test is running multiple times per loop. 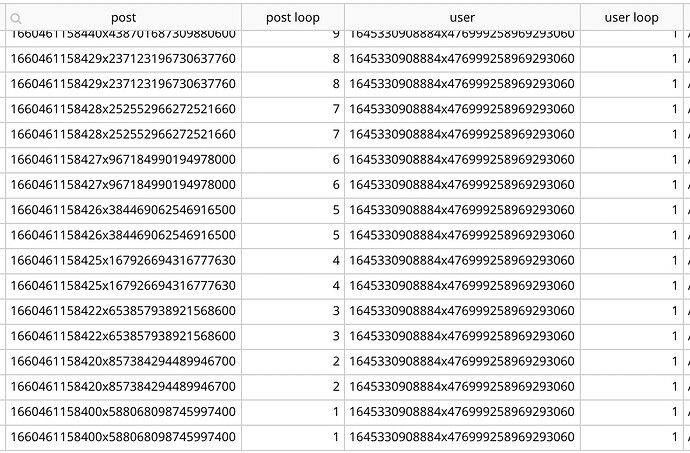 Any help or a better way of achieving this that works would be super awesome.

had you figured this out? I think i’m having a similar issue with one of my import workflows