A few days trying to make this one work.
I have setup a project app and I want the values in the repeating group to update when I update one of the tasks: 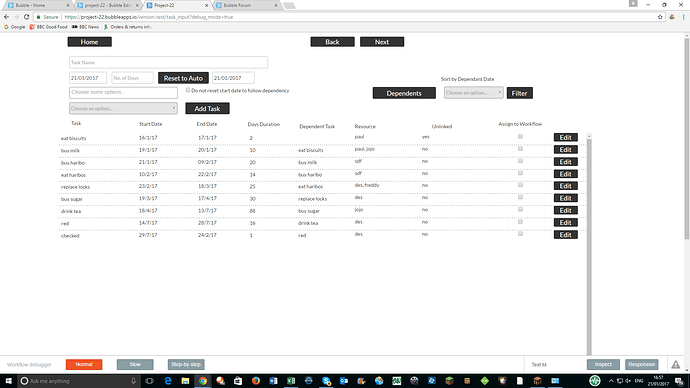 I want all of the dependent tasks to update where they are dependent. As you can see, at the moment they are all dependent on each other and whilst I have this logic working, if I change the first entry I want to click on the dependents button and have this go through all the repeating group list entries and “re-scan” their dependents, and update the start date to the dependent’s value +1 day. 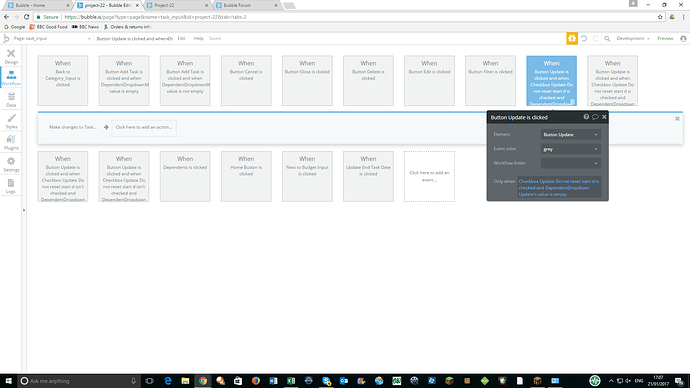 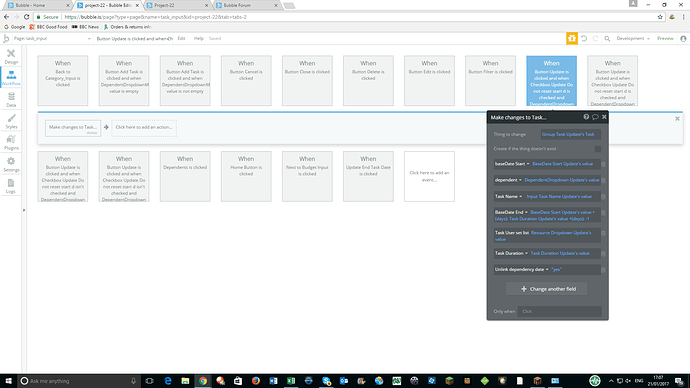 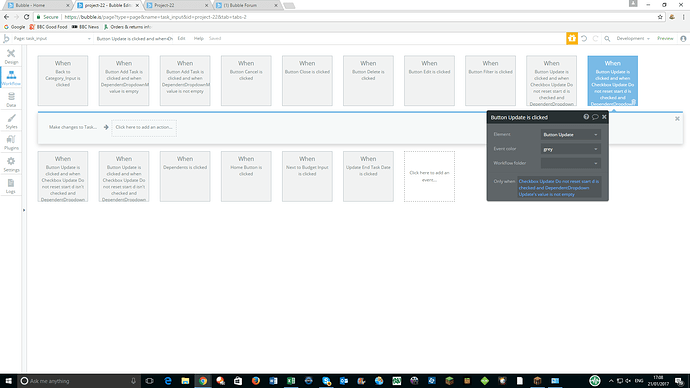 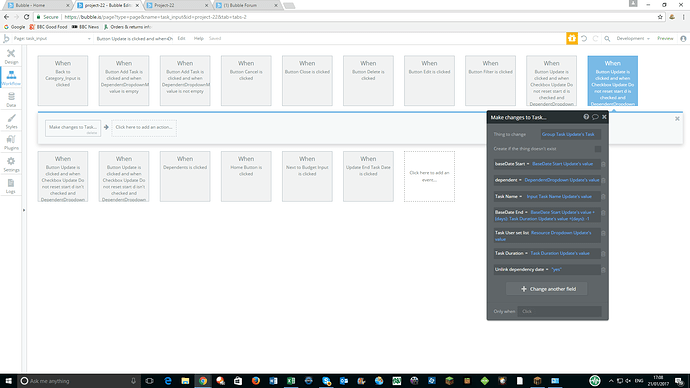 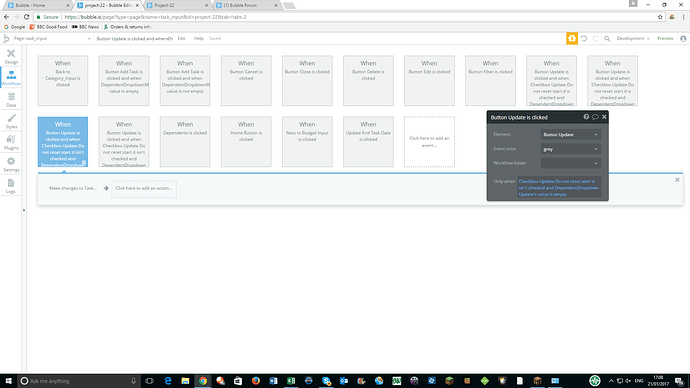 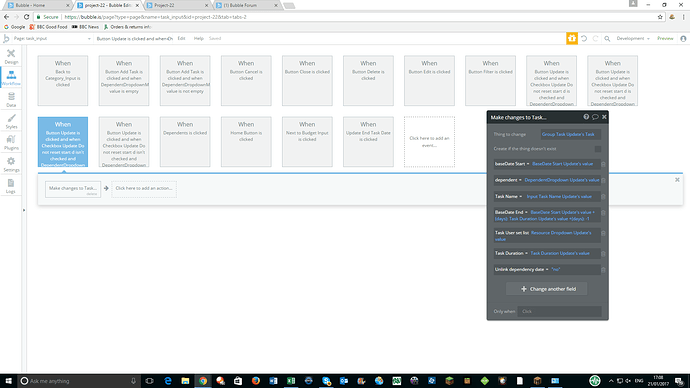 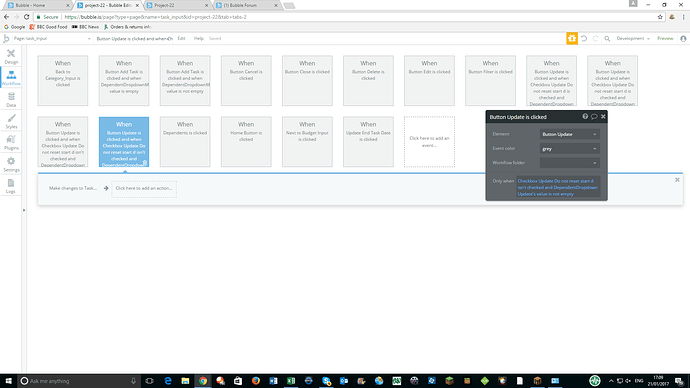 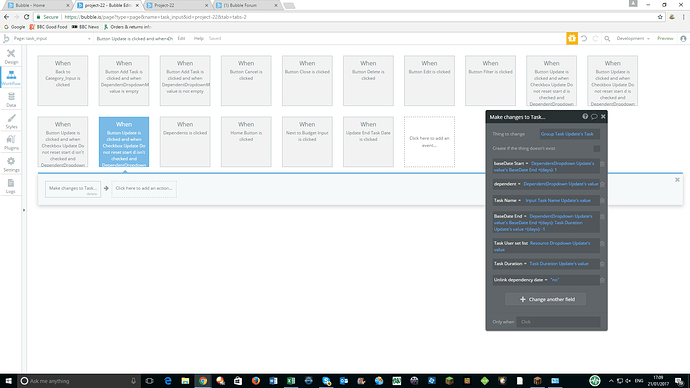 I have tried every which way and I cannot figure out how to update group tasks, or “call” the update per each task as if a person were doing it and “updating” each one, which would change all of the tasks to update their tasks start dates to follow 1 day after the dependents (as you should see from the logic).

On button press, call “make changes to a list of things” and pass in the dependent tasks.

Using the dependents button on the page I tried this; which works ones field at time, so you have to keep clicking on it to make each field update: 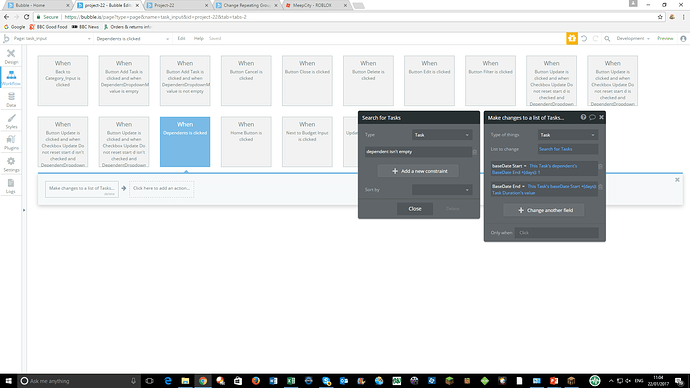 What should I be selecting from the task list to pass in the dependent tasks: 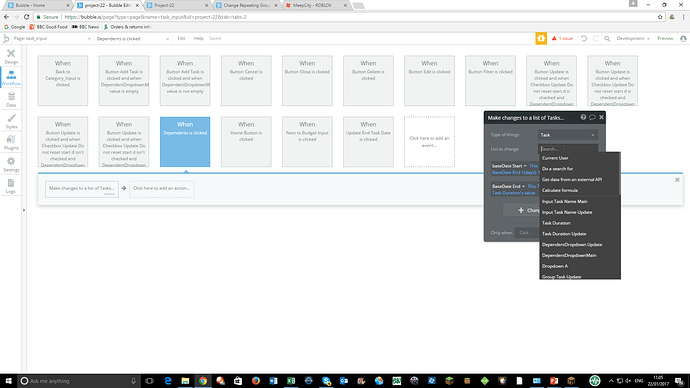