Create a native mobile app from Bubble in < 5min, for free

Hey there. Would it not be awesome if you could transform your Bubble app into an actual mobile app in 5 minutes and for less than USD 60? Well, now you can, using the Henry Bubble Plugin and Thunkable. With tons of native features out of the box. Check it out here: https://henry.bubblemobilekit.io/

Henry is a native wrapping technology that allows you to wrap your Bubble app using Thunkable while giving you access to advanced native features directly from Bubble: 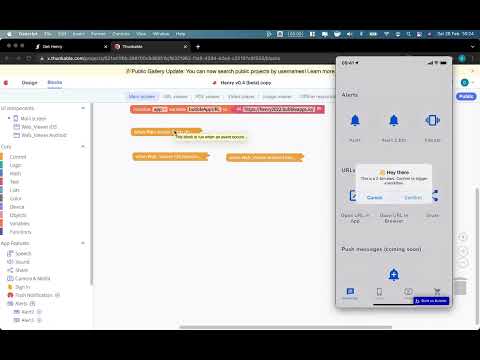 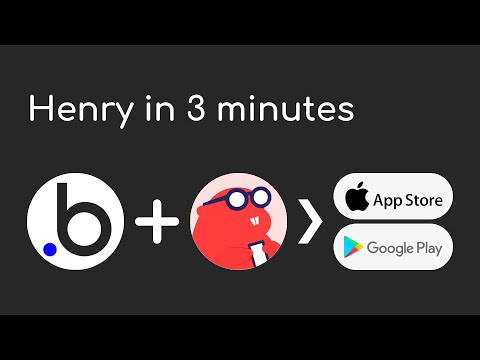 Happy to answer all your questions below!

10 Likes
Creating mobile apps
2020] Is it possible to create a mobile app with Bubble?
Convert Bubble apps to mobile Application
equibodyapp March 1, 2022, 7:46am #2

There is unfortunately no true offline capability. But that is true for all native wrapping solutions. they ultimately need to be able to load the bubble app and communicate with the database on the bubble server. The plugin allows you to store some variables offline, but you will still need an internet connection to run the app. the offline variables are more meant as an alternative to custom states that survive a refresh of the page and are available across pages. That’s useful as its often faster than writing something to the database.

re. the features: I am currently working on push notifications and in-app-purchases. Should be ready soon. What else would you need?

Hi very interested in this, just one question,
what is the likelihood of app approval /denial from the app stores?
Apple app store is very strict regarding (webview), I know this is not webview but I’m curious about the resulted code.

Have you published an app successfully in the Apple app store using this before?

hey! thanks for the questions.

Hey there. thanks for the question. It is actually based on a type of webview (like all other similar wrappers). But if you build a useful app, that will not be a reason for apple to reject it. In my understanding webview-based apps are often rejected if they do not add value beyond just wrapping existing websites (i.e. just take any website and put it in a web view) or don’t have a ‘native-like’ UX. But if you build a solid product that adds value to users and feels like an app this should generally be fine. See 4.2 Minimum Functionality here App Store Review Guidelines - Apple Developer

Your app should include features, content, and UI that elevate it beyond a repackaged website. If your app is not particularly useful, unique, or “app-like,” it doesn’t belong on the App Store.

So my interpretation is that you should be fine as long as the UX is good and you make use of some native features.

I have launched two apps based on webviews so far (not Henry), and both were accepted by apple. The last one about a year ago. Not launched anything with Henry yet, but after all, the native code base comes from Thunkable - and a lot of apps have been launched using their tool.

https://henry.bubblemobilekit.io/get-henry does not appear to work

Site is down (for me)

Thanks for hint. The website builder im using for the landing page seems to have some temporary issues. Should be back up shortly

Edit: seems to be back online

With Henry, you can crate a mobile app from your bubble app. Get your app on your phone for free (you dont need the bubble plugin to get started) and in under 5 minutes.

Thank you very much.

Thank you for this, very useful!

Blank page after idle time? do any of you face this or is it only in my app?

Why does the app shows a blank page after being idle for some time. and i need to swipe it off to completely close it and run it again for it to start showing content

Is this only happening with my app or is it common thing? and Is there a way to solve it

Would this work for a complex app but for desktop/mobile? Or is this more for simpler apps build in a specific way for wrapping as a native app?

Thanks for pointing this out. I will look into it!

Complexity does not matter, but its for mobile / tablets only. Not desktop.

There is unfortunately no true offline capabili

There is a Thunkable block to identify if you’re connected to the internet or not. You could cache db data for offline access. You can also create and save data to transmit when the connection is resumed, but no workflows that touch/rely on the backend could run.

yep Henry already has an offline detection feature. But since use cases are super specific, it does not make sense to implement any true offline capabilities into Henry i think.

Makes sense! Still a cool tool. That people should look into!! Imho

Is there a way to test it to see exactly how it will look and operate before publishing in App Store?