Hey everyone,
I’ve created an app that allows people to schedule their tasks based on importance and urgency but I’ve hit two snags: I don’t know how to make it private so the user can only see the tasks they created (right now anyone with a login can see all of the tasks created) and I don’t know how to upload the native app to app stores (I’m a novice and generally not a tech wiz). Any tips?

there are a few ways to make sure a User in your application only sees the Tasks they’ve created. If you have a repeating group, and the Data Source is a “Do a Search for Tasks” then you can add a constraint to that search which is “Created By = Current User”.

The method that I think would be better is – instead of doing a search in a repeating group for tasks created by a User – you could structure your application so that each User has their own List of Tasks. This could be accomplished by creating a new Field within the “User” Data Type such as: (Name: List of Tasks, Data Type: Task, List: Yes). Then when each User creates a Task, you can add one more action to the workflow which would add that Task to the Current User’s List of Tasks, after the User creates a Task. It would look like this in the workflow: 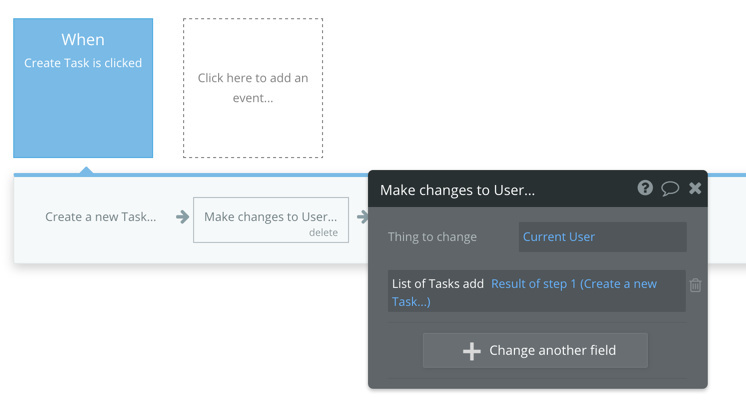 Using the workflow, you could delete individual Tasks, removing them from the application and their List of Tasks by doing this. In this example, when the ‘Done’ button is clicked, the Task in the repeating group’s cell is deleted: 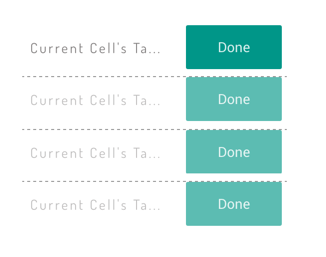 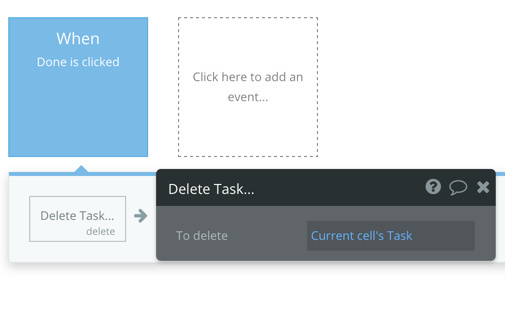 If you are designing a mobile application, your application will all be on one ‘page’, but all of the content will be shown/hidden using groups (sort of as an alternative to pages, if you were to think of each group as a page). @natedogg has a step-by-step course on launching Bubble applications in the app store, the thread is below:

[image] Hey everyone! Many of you know me from answering questions on the forum, mostly about building mobile apps with Bubble. As you know, Bubble’s mobile app creation is in beta, and there isn’t really any documentation for it. I’m excited to announce that I’ve just launched an online platform called CodeLess Academy. Our flagship course, which teaches you how to build an iOS app with Bubble and other no-code tools, is now live: http://codelessacademy.com/ We live in a mobile-first world,…

Thank you so much Faye! This was extremely helpful