I’m using a group as a side navigation bar; clicking on a logo triggers it to animate in (Transition SlideLeft). It works fine on Chrome, however on Safari (desktop and mobile) I’ve noticed the first time it’s used after a page load only part of the group will appear. Anyone had a similar issue or know what’s going on?

The first screenshot is the partially-loaded group that erroneously shows up. On Safari desktop it will, after 2 seconds, load the full navigation and then be fine for each subsequent load. On mobile the user has to close the nav, then re-open it and then be OK. 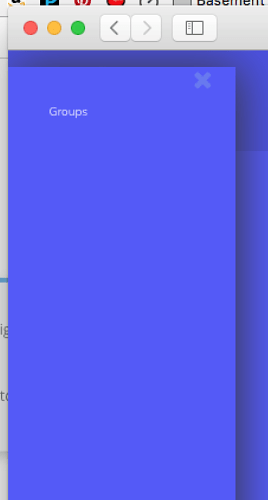 The next image is the completed group.

And then the simple workflow. 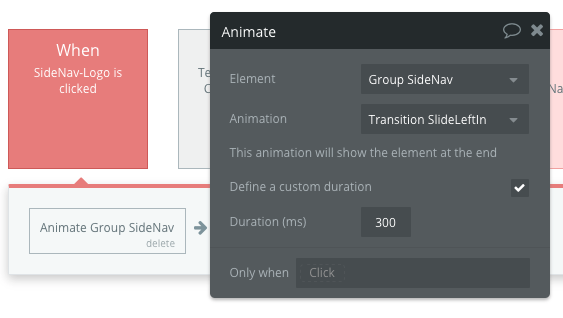 Hi all. I have a hidden group with tabs that is not visible on page load, but when current user has a special role - this group becomes visible. And here is a screenshot with the same user logged in and having required role: [image] As you can see, tabs group is visible in Opera and Chrome. But in Safari it is not displayed. What’s wrong with it?