Is Bubble down for other right now?

Here’s what my site says for the last 15 minutes.

We’re having some temporary technical difficulties right now. We’re working on the problem as fast as we can!

In the meantime, try refreshing the page or hitting “back” on your browser just in case things are working again…

Yes, we just got this error on a live app

Thanks I reported bug.

I did notice that my air date time picker had converted to some sort of russian/Eastern European text for brief moments this week. I should have reported that.

I’m open to any and all ideas.

This bug is now presenting on multiple of our live apps, let’s wait for bubble to go after it.

This issue is completely breaking our live apps. Really hard to debug the exact cause, just lots of: Workflow error - Sorry, we ran into a temporary bug and can’t complete your request. We’ll fix it as soon as we can; please try again in a bit!

@eve @emmanuel @josh is bubble aware of this ongoing issue?

It may help if you file a bug report along with us? Their reply to me says they only offer support on business days. Is that correct?

not sure what I’m going to do. I have to deliver photos for 30 homes in the morning. I guess the outage is not widespread because so few are talking about it. 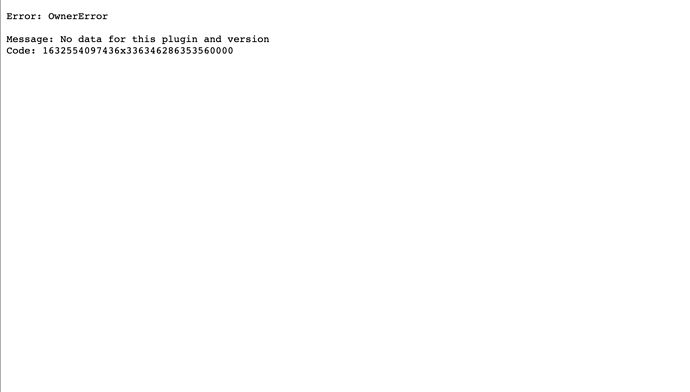 I’ve been having issues since the last 10 hours

We are on a Production plan and have 1 subapp with identical code as Live. The subapp works but our Dev and Live instances do not. Only get below message, sometimes th actual page loads but next click and we are back to the below.

Our dns are working fine, and below is consistent across max, windows and on chrome (incl incognito), safari.
Also tried multiple location and we are seeing this from Australia (multiple ISP’s) and India. Our Uptime probes are also failing from additional geo-locations.

Oh no!
We’re having some temporary technical difficulties right now. We’re working on the problem as fast as
we can!
In the meantime, try refreshing the page or hitting “back” on your browser just in case things are
working again.
We’re really sorry!
If this message does not go away within five minutes, please report the following code to the team:
1632555385529x248933206098105320

ok, I am seeing this different message but it shows even if in Safe Preview mode in dev as well. Perhaps something wrong in Australian region? I am in NSW Australia.

Getting pretty angry at this point. 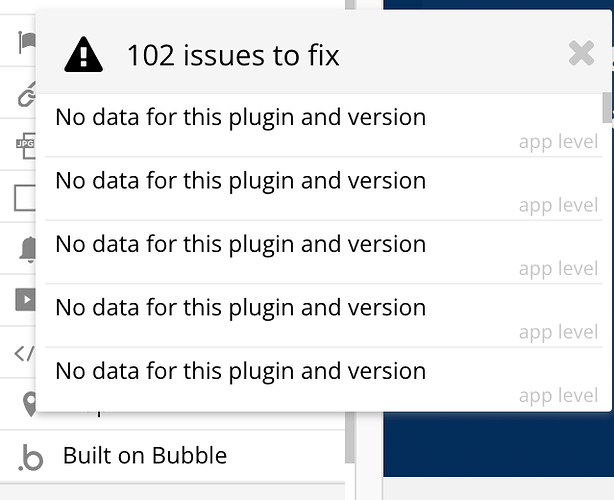 @cowontherun , might be some from australia but don’t think it’s only geo located to us.
We have a sub-app within our account and that one works but not the main one (Dev + Live).
I’m based in Sydney australia. But we have confirmed the same site doesn’t work from India as well.

@emmanuel any insight you can share to resolve this to get our apps up again?

Shows 425 issues I have to fix and won’t let any me do any undo action if I change something to test it. Entire editor and live site is unusable.

@eve There’s got to be a better support resolution for live apps than ‘no support during business hours’. I would swap the new responsive engine and editor redesign for better live app support. I have a very angry client and absolutely nothing I can do about support response time.

Nic, are you on the production plan? So you get priority email support? How quick do you normally get a response?

Wrote to them around 10am AEST and a few times to the support email following that - haven’t heard a single response at all. Guessing they only support weekdays meaning Monday is likely gone for us in AU given that’s Sunday in US.

and just to share, I’ve tried to reach out to Bubble by the below means:

Is there any other channel we should use / someone knows and which is being monitored?

We’re only on the Professional Plan but looking to move to Production Plan and although we are just starting out we have over $150k of active sales in the pipeline and a large company uses our app 24/7.

Bubble received millions in funding but are spending their time on responsive engine and revamped editor - which have no impact on live app uptime - but meanwhile they are offline for support for live apps for 2 days, for both USA customers and overseas customers.

Bubble doesn’t offer any extra support packages that we can pay for. Are we willing to pay for after hours support - hell yes! They now have hundreds of thousands of customers around the world yet their bug report reply email states that they only respond during American business hours and their own ‘priority email’ statement on their Pricing page has no service level agreement stating what that means.

If you were building a normal app you wouldn’t hire a server administrator that said they only offer support 9-5 weekdays, it sounds ridiculous to even say it out loud, but that is in fact all that Bubble say they offer.

All our customers know we use Bubble so when Bubble fails us, multiple customers report this to other customers, and Bubble begins to get a bad reputation in the industry. I can’t think of anything more important that live app support 24/7 so that end customers are not affected - certainly much more important than editor and responsive changes for app builders.

We’re looking into these reports – sorry for the slow response on this. We’re not quite sure yet what’s going on yet, but will update when we have more information

The first issue manifests as the “Oh no!” error. This is a generic error message that can mean many things, but we’re seeing a bunch of them show up in our logs, all with the same underlying error message, that correlates with the reports sent in by various people on this thread (thank you to everyone who emailed us with a report, it’s extremely helpful).

That stopped happening 3 hours ago. It looks like it was from 17:45 ET on the 24th to 9:00 ET on the 25th, and only affected apps on the scheduled cluster; the end time correlates with the schedule cluster being updated. Our working hypothesis is that something went wrong building one of our servers, and the issue went away when the bad server was replaced. It doesn’t seem tied to any code we recently deployed, but we’re continuing to investigate.

So the short version on this issue is that we’re probably good for now, but we’re still investigating what happened to make sure it doesn’t happen again.

The second issue is a bunch of new, unexpected issues showing up in the issue checker. We haven’t made as much headway on this; when we visited some of the apps that were reporting this issue, we weren’t able to see it. It might have also resolved? If you had previously been experiencing this and it’s fine now, please let me know; if you’d previously experienced it and it’s not fine yet, please let me know that too