Is it possible to get premises names out of Google Maps API, consistently?

I’ve recently run into an issue that I thought was a bug, but after discussing with Bubble’s support it seems it’s more of a consistency issue from Google Maps’ API.

I’m trying to build a simple geographic address searchbox with only bubble’s native Google Maps API integration, but I can’t consistently extract the business name from the searchbox’s value. I was testing “:extract premise” and “:extract subpremise”, but on some results they don’t return anything. In these cases the premise name seems to appear plainly in the searchbox : 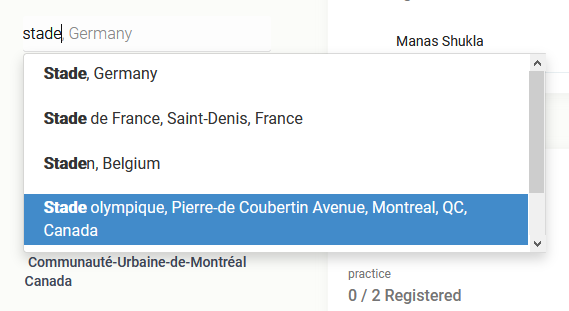 But it appears nowhere in the various value extractions I try : 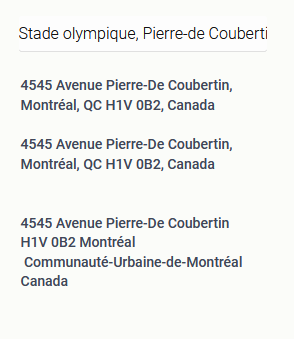 For context here’s the dynamic statement for

This is more critical than it might seem, because while testing the searchbox I’ve noticed some recognizable venues don’t have street name / street numbers at all. When I look up Stade de France or Notre-Dame, they just show up as “Notre-Dame, Paris” in the suggested results. Once you try to extract the value, you’re only left with “Paris”, which is not really useful.

According to Bubble’s support, this is due to Google Maps being inconsistent and using different fields than “premise”/“subpremise” for certain locations, in which case Bubble’s native Google Maps integration can’t get their names. (Even though they still consistently show up in the suggested results dropdown ? I still don’t fully understand that part.)

Does anybody know of a plugin that’s able to extract the right name consistently, or a workaround I’m not seeing ? How do you guys deal with premise names ?

You could try to have a look at Google Places API instead of Google Maps - maybe that’s better for your use case.

Bubble’s Google Maps integration can already calls on to Google Places (among five other API), and that’s what it does with that kind of searchbox (alongside the geocoding API).

Do you mean setting up the Google Places API myself within the API Connector ? I imagine I’d have to recreate the suggested results dropdown from scratch in that case, which I’m not looking forward to.