Is there a way to capture if a specific cell of a repeating group was viewed by the user?

Hello, community! Is there a way to capture if a specific cell of a repeating group was viewed by the user? Thanks!

Yes indeed. I requested this feature a while ago and @levon from Zeroqode was kind enough to build it. I’ve been using it and it works like a charm. 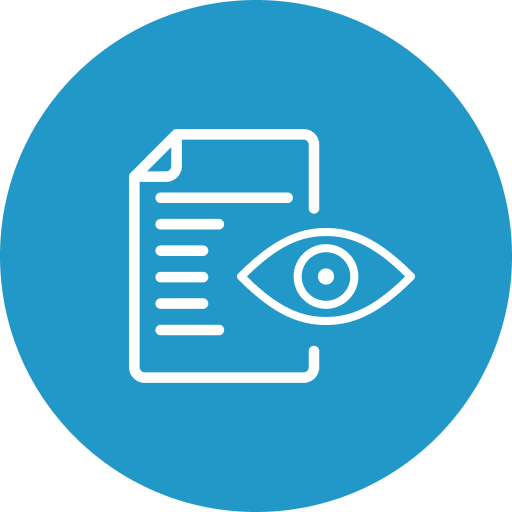 I saw your post from before and was curious if you manged to solve it… cool and thanks, @leonidas.petrou4!

Hey again, @leonidas.petrou4. I am trying out the element viewport detection plugin and not figuring out one thing. There are 3 options to detect the element: scroll, click and mousemove. And these are working well. However when I use a scroll function on a repeating group and for example have only one item on that repeating group the element is not detected as there are not enough items to be scrolled

Is there a way to detect the element if it was loaded on the screen or something similar to that… Thanks!
@ZeroqodeSupport

Put it in a regular group and detect if THAT is in the viewport, perhaps?

This plugin has one element with capture options (on scroll, click, mousemove) and one workflow action to where the capture is sent. Works in kinda similar way as “javascript to Bubble” element and event does. (greatly explained to me in your vimeo video!!).
However, it looks like I am locked in only these three options listed on this particular plugin’s element for now. But, thanks!

Ah. Doesn’t @gaurav have a plug-in that does in viewport detection as well? Might be more flexible.

Yeah, that’s the one. Also, it’s not too hard to do this yourself with some JS, but I don’t have a good example to share. Google something like element in viewport if you want to learn about how it might be done.

Hi @d.norkus sorry for the late reply, but i see @keith already provided you with a solution. Gaurav’s plugin seems really cool because I see it also has offline detection. When you installed this plugin did it solve this problem for you or did you solve it with JS?

I am still working on it though. With Gaurav’s plugin haven’t figured out quite yet on how to make it work within RG cells as I can assign only statically ID attribute to element detector’s selector and in this case if one cell of RG is seen it detects that all have been seen at once… I am googling and experimenting with JS, but no success so far…

@d.norkus Try including the Current Cells Index in the ID Attribute. This will make it dynamic and specific to each unique cell in an RG.

Thanks @daniel.alberttis. Gaurav has updated his plugin. Now it is possible to use dynamic data in elements selector.

I know this thread is old, but I’m struggling with the same thing and I wondered if you may spot anything glaring in my thought process…

I paid for the BDK UX tools plugin (by @gaurav).

Here’s what I’m trying to do:

I want to be able to detect which CELLS in a RG are currently viewable on the screen.

So, I’ve added the “Element Detect” to each cell in the RG. And I’ve added the ID of the group (which contains text) that’s placed in each cell of the RG as the “element selector” followed by the current cell’s index.

And then I’ve set up an event/workflow to set the state and list all of those texts from each cell detected in a CS. 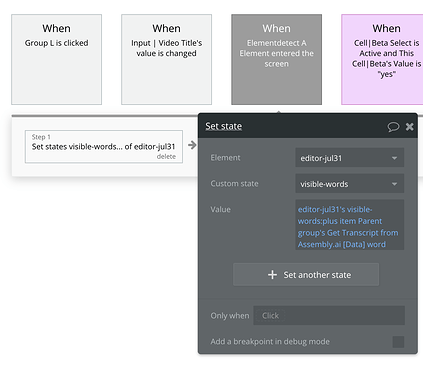 But it doesn’t appear to be working. Why is that?

Following up here to see if anyone has any thought / ideas on the above?

I’m struggling to implement and I have a deadline coming up in a matter of days!

Hi Alex,
Our Scrollspy plugin should help to solve it: 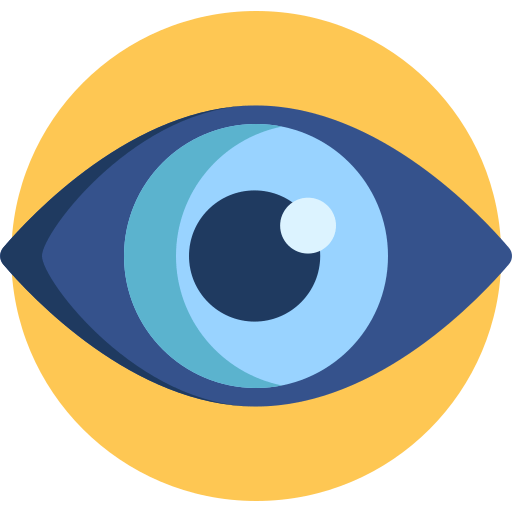 Here is a Demo and Editor. In thins demo, the Scrollsy plugin provides an element currently visible on the screen (you can define the precise position on the screen). This information is used to highlight an element in the nav bar