Ran out of room in Bubble Designer while nesting repeating groups

I’ve been attempting to build an interface for viewing folder directories inside of Bubble., very similar UI to the layers shown in Bubble’s “UI Builder”. So far, I have 4 repeating groups nested inside of one another and can no longer go any further due the cutoff of Bubble’s Design Editor - there is no way to expand the layer sidebar and I can’t read or access anything beyond this point: 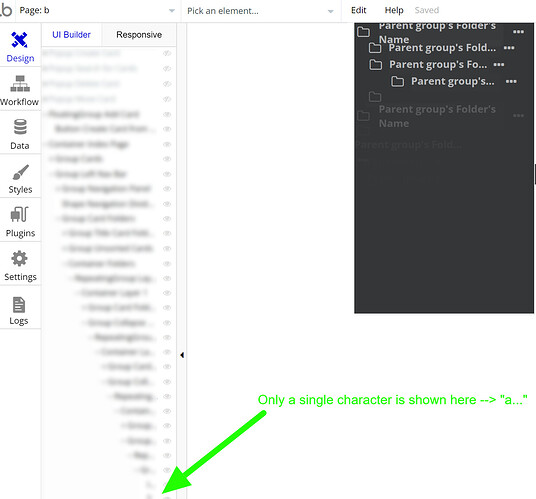 I could build a plugin, but I’d like to limit that as much as possible for this project. I’ve also been running into walls with having a custom plugin’s element interact with the DOM (specifically, setting the “instance.canvas.height()” under Bubble’s new Responsive Engine, which worked fine prior to the new engine…frustrating.

I need ~ 10 nested folders in the nested repeating group container. Anyone have ideas?

Maybe use a reusable element to break it up a bit?

Kinda crazy that you are even doing this sorta thing. I enjoy pushing the envelope of Bubble too.

Another option, use one repeating group with spaces instead of new elements. Just a thought.

You could build the component using one single repeating group. (lots of fun building logic for this

I did not follow your link since it has a paywall, but I did end up using a reusable element to clone the original rediculous nested layer stack and…it worked. It allowed me squeeze the same stack of no-code code (is that what we call this now?) where the Bubble Editor was being cutoff. Great idea @J805 . Yeah, I love pushing limits 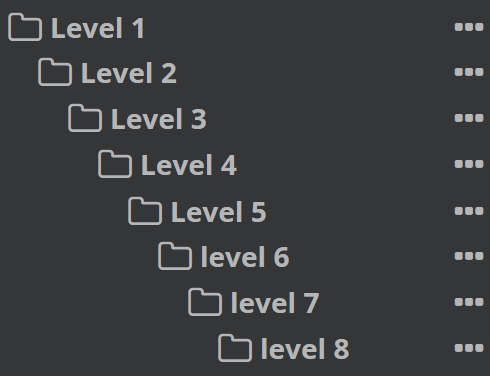 I now have 8 nested layers (technically 28 inside of Bubble). Good enough for now!

Glad you got it working.