Show alert IF something occurs, feels like a brainteaser!

I feel like I am lacking brain power to figure this very simple problem out and it’s got me stumped.

My users can join groups, they can say they are Going, Maybe going or Following. When they log in to their ‘My Groups’ area they see the groups they’ve joined.

This would normally be a peace of cake, just put a condition which searches for groups where Going, Maybe or Following do contain the current user and then hide the alert.

In my app, if a user creates their own group, they are automatically joined to their own group (they are set as Going) , but this group will not show up in their ‘My Groups’ area because they don’t need to see their own groups.

So, I need to somehow show the alert if the user is not Going, Maybe or Following other groups but discard if they are going to their own group as this should not count as “Going to a group”. 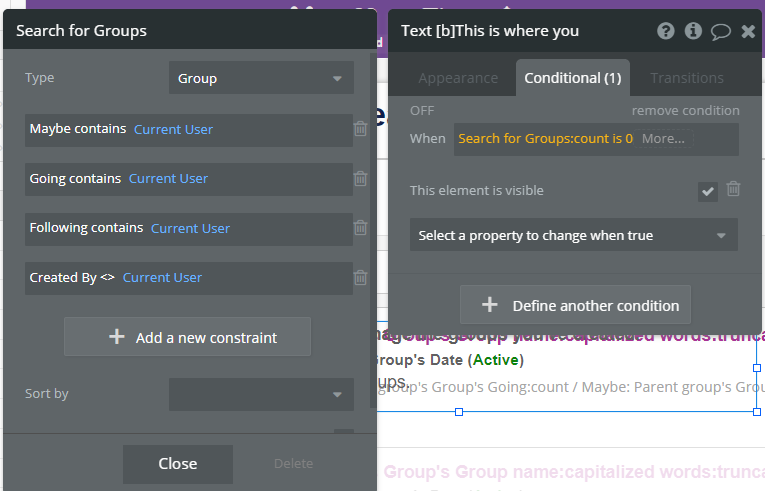 As a side issue, when the page loads it displays the alert briefly, before Bubble realises that the text should not be displayed, which looks a bit tacky! I have switched off This element is visible on page load, I’m not sure if that is something that can be fixed?

This isn’t high priority but it’s been bugging me and I wondered if anyone has got a possible solution for the above?

Regarding the message briefly displaying then disappearing, it will take Bubble a moment to do the calculation, so have the message hidden on page load, and only displayed if the search count is 0.

The way you’ve set it up won’t work because it will look for a Group where the Current User is in Maybe, Going and Following all at the same time (it’s basically doing an “and” search)

But surely it could be either ‘and’ or ‘or’ because I am searching for users with no activity? So users who are not Going, Maybe and Following would be the same as not Going or Maybe or Following, because unless all three conditions are met we don’t show the alert? That said, I am happy to go with the “or” search.

I don’t understand this, any chance you could show an example?

and only displayed if the search count is 0.

Ok so my logic should be something like this;

Only display alert if NONE of the following apply:

Your existing expression is searching for entries where a user is Maybe, Going and Following in a specific entry. Because a User can only be in one or none of those categories in a specific entry, the result will be 0. (Kind of like saying search for an animal which is a dog, a cat and a mouse at the same time. The result will be 0 since no animal is 3 things at once).

To do an “or” search using merged with, see this: 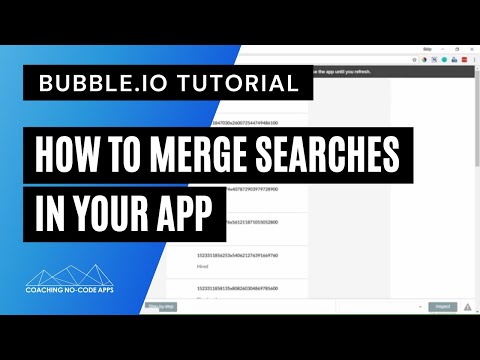 Keep your Created By <> on the “Going” search so it doesn’t return/count any groups the user created.

Regarding doing the :count, you may have to fool with it. Bubble evaluates expressions left to right and it’s not always clear at first whether it will apply something at the end to the whole expression. Some potential ways may be:

What does the issue checker say?

From the screenshot snippet you’ve included, the box looks like it’s the type of content for an element, but instead you’ve included a formula for evaluation. That type of formula would need to sit in a condition or the “only when” box in a workflow.

Well I am getting closer I think, I repeated exactly what I did yesterday and this time there’s no red text error!

But, there’s a new issue in that only one merge with function can be used, it won’t allow more. So I have set up the condition like below; 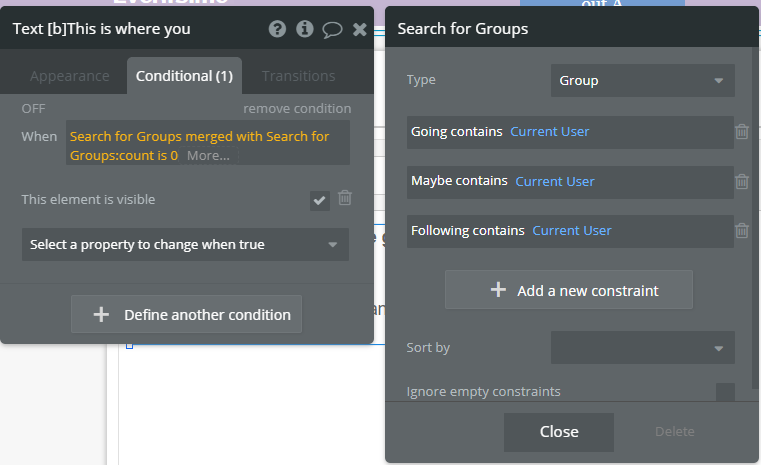 Anyway, none of this works, presumably because (as you said) I am doing an “and” search instead of an “or” search.

I am stumped again!

I repeated exactly what I did yesterday and this time there’s no red text error!

The box you screenshot in yesterday’s post is different. You had it in the wrong place the first time.

But, there’s a new issue in that only one merge with function can be used, it won’t allow more.

You can use multiple merged with. Try it again.

So I have set up the condition like below;

Based on your screenshot, it looks like you are still putting 3 conditions each search. Only put 1 condition in each search (except for the Going search, which will have create <> current user).

I just replicated the process in my sandbox app based on my “Pets” datatype: 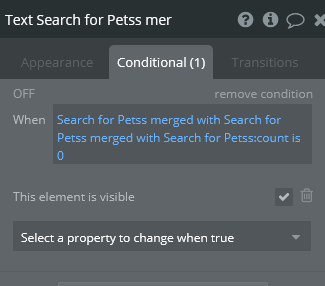 The above merges 3 searches. Here they are: 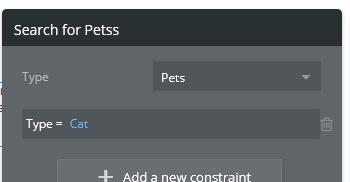 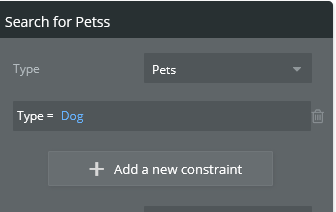 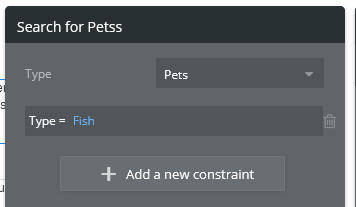 Thank you for urging me to try again using multiple merged with conditions because it worked perfectly this time.

Thank you for taking the time to replicate the process in your sandbox because it helped me to visualise it. I am happy to say that it finally works!