Update a list based on a lists current selected cell

Hey I have a list being displayed based on another lists current cell. Essentially, I’m displaying the conversations in the left (red) list and the messages of the selected conversation in the right (yellow) list. See below screenshots: 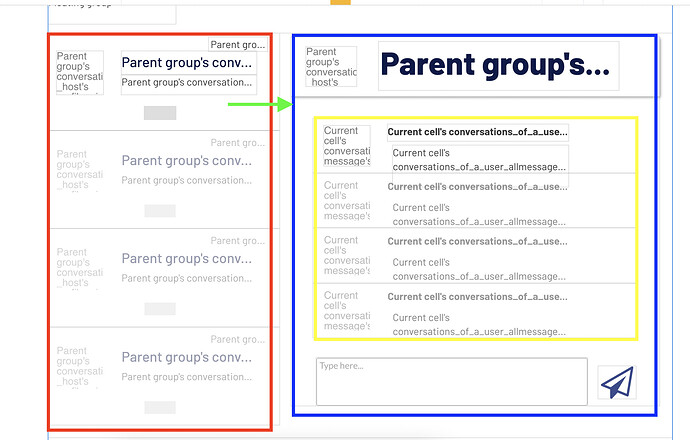 The data is obtained from an external API call that brings back a list of all conversations of a user and within each conversation is a list of messages for that conversation. I have this api call running every second to capture new convos and messages.

How would you do this? Thanks!

How would you get the yellow list (messages) to update every one second, based on the red list’s (convos) current clicked convo cell?

Thanks for any generous help community!

Thank you for you post! Have you tried creating a Do every X second workflow to automatically update the data source of the blue group?