Did Bubble die while I was away? Huh… Interesting… Is Bubble dead? I don’t see much/any activity here. I had the idea the other day to gin up a new plugin, but not sure it’s worth finishing after spending a little time here. Urgh.

Actually look forward to your plugins - so if you have something new on date and time, would be so happy to have it. Was trying to create a booking calendar for an app with weekly availability patterns like Calendly and am stumped, so date/time plugins such as what you make are something I certainly would look forward to.

Nice to see a familiar face.

Yeah, maybe not much in the way of innovation just yet, but potential plugins bring excitement.

Hey, Keith… you and I interacted a handful of times years ago, and I think it’s safe to say I’ve been as active as anyone out here since that time (a sort of second shift, if you will, to the you’s, Nigel’s, Gaby’s, and Faye’s of the early days).

This place isn’t dead, but some might say it’s alive in the not-so-best-of ways since Bubble has exploded in popularity. In my experience, the posts these days probably fit into one of the following categories:

Anyway, I know you didn’t ask for that rundown, but things have definitely changed out here while you were away, and I thought some context might help if you are diving back in. I’m sure there are plenty of folks who would love to have a new plugin from America’s most beloved Bubbler, and there are also hundreds of thousands of people now who will probably be thinking, “Who the hell is this guy and why are his posts so damn long?”

Hope all has been well, man, and you should definitely make that plugin because of the aforementioned “wheat from the chaff” thing.

P.S. Probably lost in this post is that this community is still awesome as hell, but it has changed in ways that are simply inevitable when you grow like Bubble has. I personally have never been involved in anything like it during my days on the interwebs, though, and I still love the hell out of it despite some of the not-so-great ways in which it has changed.

haha oh man I felt this Mike. Spot on!

I visit the forum often still but mostly to check on updates from Bubble and unfortunately do not have much time to contribute anymore.

I understand wanting to use the Forum to gauge active Bubble users but I relate the forum to a school, you go there in the early days to learn. But if your learning was successful you move on and don’t need to go to the school anymore (or at least think you don’t need to go). I believe there are a lot of active Bubble users that just don’t use the forum and/or don’t post.

Anyway good to see ya back here

@mikeloc, I really appreciate this thoughtful response. And your summary of the content of forum posts is priceless— and not very different from how I’d describe them at any other time in Bubble history!

(I do see that there are somewhat more insanely detailed troubleshoot-my-app-without-access-to-my-editor posts than in the past.)

Anyway, you’ve reinvigorated me a bit to finish the current plugin project, which involves list building/processing for things like shopping carts and other in-page object representations.

I’m new here but this forum seems pretty lively and active to me. Seeing lots of activity from the last hour alone! Glad to be a part of it.

Folks who have been on Bubble for five minutes and have come directly to the forum to ask for detailed help (for free and including screenshots, of course) on how to do exactly what it is they need to do or who want to know how Bubble will scale when they inevitably have millions of users on their app despite the fact that they haven’t put a single element on a page yet

I like to give help on the forum where I can but you do get burnt out pretty quickly when someone needs a full blown tutorial and wants it for free. I tend to not answer these ones.

Sometimes I’ll refer them to a coach.

If I can give you a small, 5 min nudge in right direction I’m happy to donate my time. If you want something that I usually charge people good money for I’m less inclined.

I think the more experienced Bubblers are very busy and don’t have a huge amount of time to contribute either.

But I also use the search function more often than not these days and this will often solve any little issues I have.

I think this may be contributing to seeing less ‘advanced’ posts as they are just not necessary.

I think the more ‘Bubblers’ there are the bigger the template and plugin market get.

Yep. Totally agree. Used to be on the forum consistently, now I know bubble and dont need to constantly be here

Happy to see you back @keith and your plugins was always helpfull.

I get a similar feeling @keith, but mine’s that people are still asking questions but less people are answering them.

Last year, you’d really get countless responses with everyone looking to help out - now most of my questions or bug/issue reports seem to fall on deaf ears. 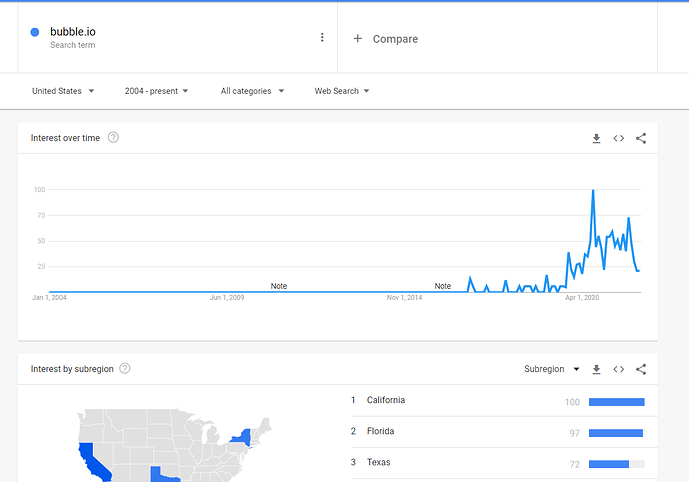 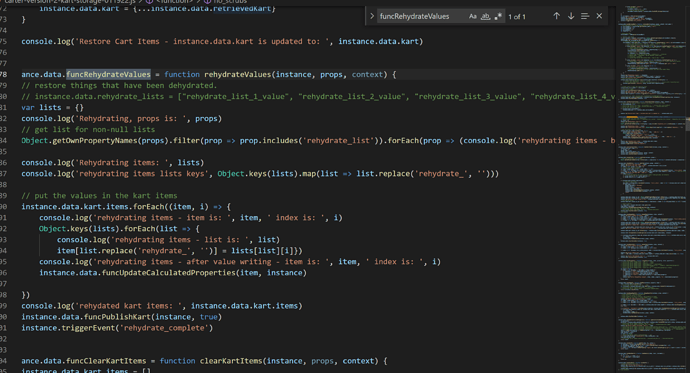 @Boost where did you get those stats?

@keith was always so unfiltered and I applaud it. Made it fun to read his responses.

I think that with the increase in growth, we are beyond our small community days where everyone pretty much knew each other’s profile avatars. The forum could probably use a significant update to keep up with the increased Bubble size. Maybe they can integrate video tutorials directly into the forum as recommendations when someone is getting ready to post a question.

Welcome back, Keith… You don’t know me but I have learned so much from the videos that you posted years ago on your channel. Hope to watch more of them soon