Another “freebie” for you: LOADERR loads JavaScript libraries… even on a free plan.

Video docs to come. In the meantime, as you know, my plugs are pretty much self-documenting. RTFM! 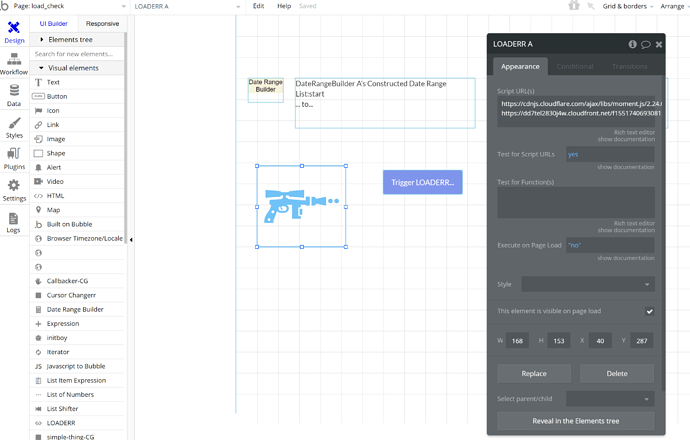 (The number of “pew pew pew”'s coming out of Han’s blaster is the same as the number of scripts you’re loading. Now that’s a UX, amirite?)

Nice one @keith appreciate the double plugin drop. This one looks interesting, be interested to see a quick video walkthrough when you have the time. Again much appreciated.

Hey @luke2: Yeah, I’ll do one of those shortly. Just pushed a minor update and demo page that I’ll use in the video.

And here you go: A little live Bubbling and talky exposition about LOADERR:

The demo app I’m working with is here:

Will this allow us to add something like the js fileloader for Fielstack shown here? I’m trying to figure how to add this to a bubble page. Can you advise? 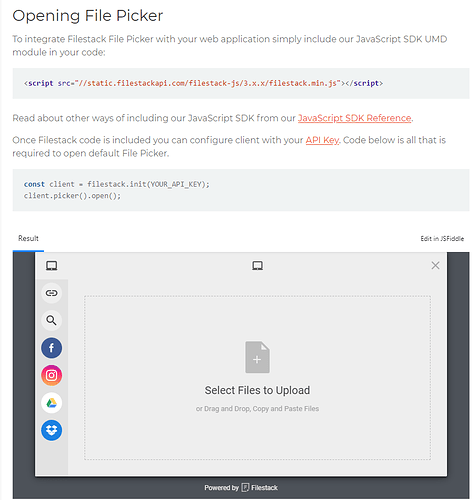 It doesn’t enable anything new really, @gnelson. If you want to include a script in a page in a paid app, just include that script tag in the page (edit the page object and there’s the field for that toward the bottom). I’m pretty sure that’s shown in the video posted above.

But on a free plan, that field is ignored, so LOADERR just does this for you once the page is loaded. It also has advanced/debugging applications as demonstrated in the video.

Now, loading a script (making it accessible in the page) and doing something with the script are two different things.

Once that particular script is loaded you could make the picker open using the code shown (execute it in Run JavaScript, for example) but that won’t get you real far as you have to then handle the other stuff. So anyway, Filestack’s fileloader is better suited for building a plugin.

But for simpler libs that setup some nifty lil function(s) for you to call later (like moment or nanoid [which I show in the demo]) it’s ideal (again, in the context of hobby apps or demo apps).

Hello, great job on the plugin. So since we can’t use things like filestack uploader, can you provide us with some real life examples that we might use this plugin for?

How to load a .js file in my PC onto the page using Loadeer? @keith