The best way to setup

what the best to setup this , I want when a user check the choice , specific information show up

what is the best performance to do that 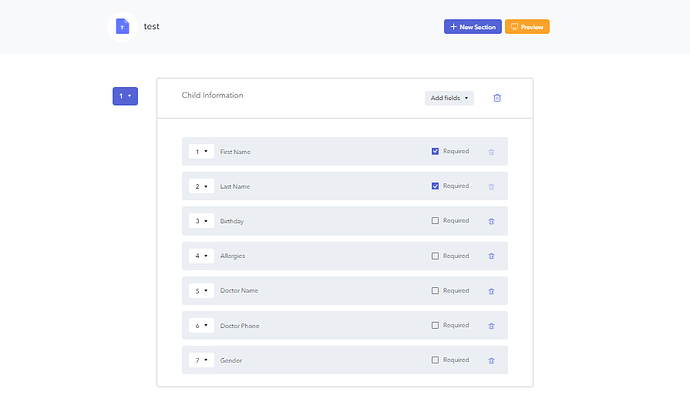 If you have six ‘sub types’ of questions then I would suggest making these static fields rather than trying to get too clever.

Then have a group per type, on ‘add’ you create the new (empty) type and display it (or set a custom state to the type being entered).

However it looks like you want to have a series of ‘types’ that display one after the other depending on which ones you ticked?

So you could use a similar technique. Set up ‘empty’ forms for all the ones ticked, with a number on them indicating sequence, then display the next unfilled section for the lowest number.

In this case you probably want something as a container like ‘section’ which has the status and sequence. And maybe a type. Then link the static forms in there.

Sorry I didn’t give you enough details , I’m building an platform for school