Has anyone tried or succeeded in using Bubble to create a progressive web app? I’m sure there would be some coding required. Is it possible, and if so, could you give me some tips please.

What do you mean by progressive web app? Do you have any examples?

They are essentially web apps that can behave like native apps when viewed on mobile. So if you visit a progressive web app on your mobile device, you can save it on your phone as an app, and from then on you can access it outside of the browser and offline. You even have push notifications.
They’re fairly new but Google is really pushing them. This article explains it in more detail : PWA

Bubble doesn’t do that yet. Apps on Bubble need an internet connection to function. I imagine when the team starts looking to native functions, something like this will come up, but today is not that day.

That’s a shame. Thank you for letting me know.

PWA’s use lazy loading and service workers to essentially cache static assets such as UX and functions such as routing allowing offline use. Next, user interaction that requires database changes, such as paying for items in your shopping cart or tweeting, are cached on the device until a data connection can be established, at which point the action is completed.

They’re the (very near?) future standard of web applications, according to a heavily pushed campaign by google since at least I/O at the end of May this year. Applications targeted towards consumers in the developing world who have less access to stable data connections is a use case for pwas (and also Android’s biggest market). A personal theory is it’s google trying to get away from Java for obvious reasons, and because it’s google they’ll probably start giving pwa’s preferential seo consideration as hinted at by polymerjs and as demonstrated by AMP. 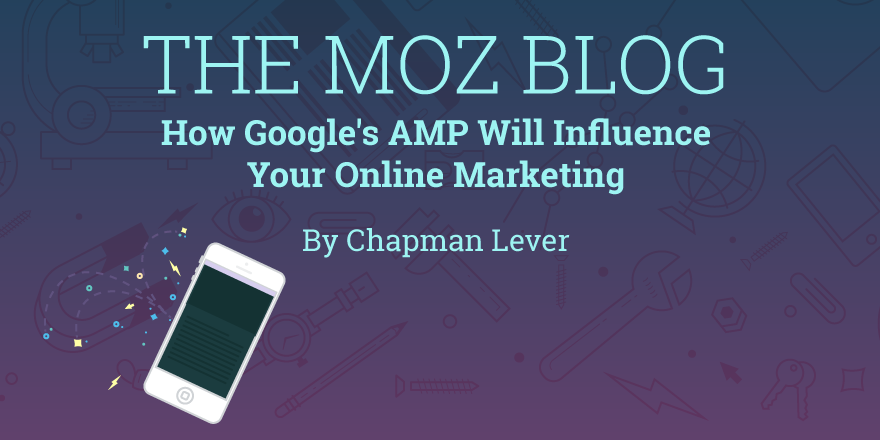 How Google's AMP Will Influence Your Online Marketing

Accelerated Mobile Pages are a big new change in mobile search. Get the low-down on just how they may positively and negatively affect your online marketing practices.

I know porting a bubble app to the …istore? the idunno anything about apple store or whatever, is very well doable, but I have been wondering if @emmanuel has explored PWA’s as a potential all out replacement to native android applications. Bubble is built on node I believe, so in theory it’s possible? I couldn’t begin to imagine what that might entail…

I did get prompted to “Install forum.bubble.io” on my note5 yesterday, which I did, and the forums at least appear to be progressive.

p.s. apple is cool too

We don’t know yet to be honest. When we’ll start actively working on native stuff we’ll look at options, but right now I can’t tell 1) how good that is 2) if it’s a good option for Bubble.

for sure. personally, whenever someone asks me about “apps” I just roll my eyes. it’s responsive and you’ve got wifi or data.

just go to the url you’ll be fine.

In 2015, we added a new feature to Chrome for Android that allows developers to prompt users to add their site to the Home screen for fast...

Bump. Wondering if the Bubble team has given this any more thought. Progressive Web Apps seem like a good fit for Bubble - a way to give Bubble app users the “mobile app experience”.

Bump. @emmanuel any update on progressive web apps in bubble?

PWA every where now and many websites start supporting this, I’m wondering if we can make plugin for bubble to support PWA apps

I started working on this I simply looked at my app assets and images,fonts and CSS files than I made mainifist file and attached it to my app using​ HTML tag. It works 60% the good thing It​ didn’t load assets and images every time but still doesn’t work offline completely unless I open the app first and than going​ Offline

Do you have an idea when you will actively work on native stuff and so on PWA questions ?
To improve user experience, the possibility to work offline offers to bubble’s users many possibilities.
Thank you.

Is this appear to be a decent web app or pwa https://webapp.aiwok.co.uk/ I got this example from https://progressive-webapps.co.uk/

No, actually the bubble has nothing to do with a PWA.

PWA (Progressive Web Apps) often leads to confusion like people think using the bubble will act the same way it does in the development of native apps.

Nonetheless, if you want to dig in deep to know what is PWA, then do read my blog post on Progressive Web Apps.

pwa is the future native mobile apps is the past

pwa is the future native mobile apps is the past

My friend has a development company and he told me the same, that native apps will fall. What does bubble developers think of this topic today? I know this discussion was old but I just tried a progressive website and it’s wooosh, so fast compared to the app I was building with bubble (SPA).