I have a repeating group and each row contains an Input text box. Ultimately, I want to be able to click the ‘Submit’ button, to save all the entries to the database, but I don’t want this to be saved until the ‘submit’ button is clicked. The only way to do this is by using one or more states. I thought I could create a workflow that says: “When This Input is changed, add this input’s value to XYZ state.” but that doesn’t work because I also need to remove the previous value - which I can’t really get a hold of because there is no workflow trigger for “when an input is clicked/active” (when an element is clicked only works for buttons and text).

If the user changes Input 1, and I add that to a list, and then changes Input 1, the list will have the original value and the updated value. To solve that, I thought if I store the input value in it’s own state, I can remove it when the input is changed, but because I have multiple inputs, this strategy will remove the input that is last changed, not the input value for the currently active input box. In other words, if I type in ‘abcd’ into Input 1 (which is saved into “TempState”), then type in ‘1234’ into Input 2 (which overwrites “TempState” with ‘1234’), and then change Input 1 to ‘abcdef’, then ‘1234’ will get removed from “TempState”, but I want to remove ‘abcd’ and replace it with ‘abcdef’

Anyone have any suggestions? 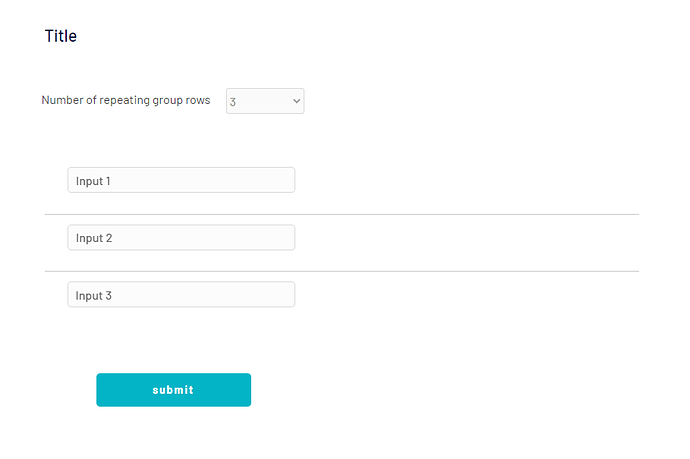 Great question! By chance, did you already check out this approach to see if it could work for your use case? In short, you would schedule an API workflow on a list (in this case, the repeating group’s list of things) in order to create a new thing for each item in the list.